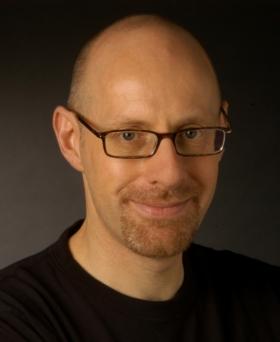 Ever wondered why some people lead happy successful lives whilst others face repeated failure and sadness? Why are some people always in the right place at the right time, while others are always unlucky?

Professor Richard Wiseman, Professor in the Public Understanding of Psychology at the University of Hertfordshire, will explore these issues this Thursday 4 February, in the sold-out Anderson lecture.

For many years psychologist Professor Richard Wiseman has worked with some of the world’s luckiest and unluckiest people to answer these fascinating questions. Discover the results of his work and find out how ‘The Luck Factor’ can change your life.

Professor Wiseman has been described by one Scientific American columnist as 'the most interesting and innovative experimental psychologist in the world today'. He has written several best-selling popular psychology books (including The Luck Factor, Quirkology, and 59 Seconds), and has sold over 3 million copies worldwide.

In his talk Professor Wiseman will give an engaging account of the science behind luck, examining what makes some people 'lucky' and how the 'luck factor' can change your life." Professor Ben Tatler

Professor Ben Tatler, Chair at the School of Psychology said: “We are delighted to welcome Professor Richard Wiseman to the University to deliver his insights into what constitutes luck.

“In his talk Professor Wiseman will give an engaging account of the science behind luck, examining what makes some people ‘lucky’ and how the ‘luck factor’ can change your life.”

The Anderson lecture is an annual public event organised by the School of Psychology, University of Aberdeen. The lecture is held in honour of the Anderson Chair in Psychology, which is the oldest such chair in the United Kingdom. The chair was founded in 1896 at the bequest from Reverend William Anderson and funded by the money left in his will. Originally called the Anderson Lectureship in Comparative Psychology, it appointed a distinguished scholar to teach a course on relations between thought and language. George Frederick Stout held the first Anderson lectureship, followed by James Lewis McIntyre whose tenure saw the creation of the Psychology Department. Anderson Lectureship was elevated to the Anderson Chair in Psychology in 1946.