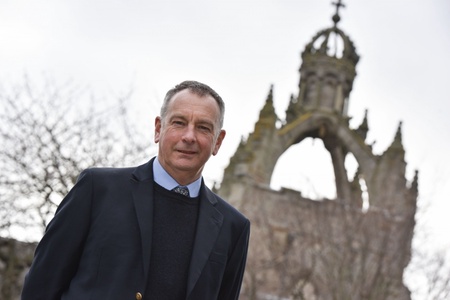 Last week’s publication of the UK’s new energy strategy has set out a vision for the country’s long-term energy security that is long overdue but nonetheless welcome.

Arguably it is the first time for decades that there has been a deep appreciation of where and from whom we get energy, the role oil and gas plays in the UK energy mix, and how we move towards a low carbon energy future compatible with a reduction in greenhouse gas emissions and our net zero targets.

It will also go a long way to reassuring communities in Aberdeen and the north-east that there is a renewed commitment to jobs associated with and investment in the oil and gas industry. The hope is this will translate into new employment opportunities linked to the growth of renewable technologies to ensure a just transition, as set out a year ago in the North Sea Transition Deal.

Although the strategy includes a commitment to a new North Sea licensing round in the autumn, it is worth emphasising that any gas and oil production that follows from an exploration licensing round is years away and so, is not a short-term solution for the UK’s gas supplies.

The tragic events in Ukraine have shown us that we are too dependent on imported gas from potentially insecure sources, be that from Russia or elsewhere.

In the short term there may be a need to develop existing gas discoveries in the North Sea and West Shetlands and re-purposing depleted gas fields in the Southern North Sea as new sites for gas storage.

These options also carry a lower carbon footprint than imports, are proven technologies, have lower environmental impact and are cheaper allow existing infrastructure to be used.

At the heart of the new energy strategy is a commitment to North Sea oil and gas recognising that, despite the need to reduce our reliance on fossil fuels, we can’t switch immediately as this would lead to fuel poverty and unprecedented challenges to our way of life. It must be a transition, not a cliff edge, and the pace of change needs to be carefully managed.

Of course, we need and should develop renewables, and offshore wind is a key pillar of the new national strategy – however the wind doesn’t always blow and the sun doesn’t always shine. So, how should we tackle intermittency?

If not oil, gas and coal, the most reliable alternative option is that nuclear provides the baseload.

This is something the French energy mix has long been underpinned by and which has been recognised in the national strategy where a new body, Great British Nuclear, will be set up to bring forward new projects – albeit these are unlikely to happen in Scotland given the Scottish Government’s policy against nuclear development.

Hydrogen is another key pillar, and the eventual hope is to use electrolysers to convert the electricity from wind farms to produce green hydrogen.

But we’re not there yet and for now there are proposals to obtain hydrogen through steam reformation of methane, which also leads to a carbon dioxide by-product (blue hydrogen) meaning a continued role for indigenous gas.

As blue hydrogen production requires a gas field, a safe carbon store, and a hydrogen export route or storage site, all within proximity to each other, there’s a complex interdependency that needs a variety of expertise – along with the right circumstances – to make it work.

We also need to be mindful that hydrogen production is currently expensive and inefficient – you put more energy in to get less out – and Scotland does not have any natural storage since, unlike other parts of the UK, our geology does not support salt caverns.

Geothermal heat is another possibility, and old coal mines provide an opportunity since their flooding means they are characterised by warm waters that could be used for district heating schemes, alleviating fuel poverty in former mining communities.

As well as sourcing energy, there is a drive to decarbonise other parts of the energy systems and industrial sector, and efforts are being made to identify ways to reduce global emissions through carbon capture and subsurface storage. With many fields reaching the end of their natural life, the opportunity exists to re-purpose them as storage sites.

Being a small, nimble and reactive molecule, carbon dioxide, like hydrogen, is very different from long-chained, inert hydrocarbons meaning that its safe and secure subsurface storage isn’t a given. However, its natural occurrence in some areas is proof of the concept that it can be stored safely on geological time scales, allowing us to understand the factors that govern caprocks, reservoirs and traps and where the best sites to use are located.

The energy transition is a key challenge, and delivering it requires everyone working together and the adoption of a joined-up holistic approach– which is why the publication of the UK energy strategy is so welcome.

Delivering this will require a multi and interdisciplinary approach to address, critically evaluate options and seek the right solutions that guarantee energy supply yet allow us to decarbonise.

At the University of Aberdeen we are acutely aware of the challenges and tensions associated with energy, and through our Centre for Energy Transition we draw upon expertise across academic disciplines, as well as strong industry partnerships, to understand, characterise, critically evaluate and identify sustainable solutions.

In doing so, we seek to help deliver a just, fair and affordable transition that protects jobs, livelihoods and quality of life on the journey to meet net zero emission targets – in which oil and gas technologies will continue to play a valuable part.

A version of this article first appeared in the Press and Journal on April 13, 2022