Do we only sing when we're winning? Scientific study of World Cup supporters
17 June 2014 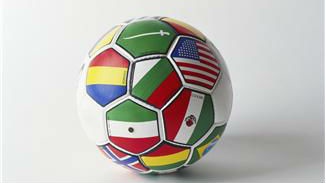 As World Cup fever grips the globe, psychologists are asking if football fans feel more affinity with their team if they are winning.

A study of supporters in pubs across Europe will aim to understand if their association with their country’s squad sways according to how they are faring in the tournament.

Clues in the language they use to discuss their team’s performance will reveal this relationship.

Dr Mirjam Brady-Van Den Bos, a Teaching Fellow in the University of Aberdeen’s School of Psychology said: “Our study is based on a long-held social psychology theory established in the 1970s⃰ that assumes people have a positive view about themselves that they wish to protect.

“Our focus is the part of a person’s identity that is formed by being a member of a group – in this instance as a supporter of a specific football team.

“How we attach ourselves as a member of a group, and react if something negative happens to that group is what we are interested in discovering. Do we feel bad about ourselves too, or do we try to distance ourselves from the group?

“How people’s language changes when the team they support either wins or loses will be the tell-tale signs for us that will reveal how they associate with their team.

We predict that people are motivated to associate themselves with a win but distance themselves from a loss. So whereas they would say we won following a triumph, they would in contrast say they lost when remarking on their team's defeat." Dr Mirjam Brady-Van Den Bos

“We predict that people are motivated to associate themselves with a win but distance themselves from a loss. So whereas they would say “we won” following a triumph, they would in contrast say “they lost” when remarking on their team’s defeat.

“We expect this effect to be seen mainly in people who identify only weakly with their team.  In contrast we anticipate that supporters who identify much more strongly with their side can’t dissociate themselves from a loss as easily because the affinity they feel is much stronger. Instead we imagine they will convey feelings of anger and sadness.”

Supporters cheering on their side in pubs in Aberdeen, Amsterdam and Crete will be among those taking part in the research.

Dr Brady-Van Den Bos continued: “Our findings will reveal if this psychological theory established in the Seventies still holds true in modern society.

“If it does then it will show that this fundamental part of the human psyche has not changed in spite of the major shifts in how we live that have, in many other ways, changed our culture over the last few decades.

“The study will also tell us something about the way people explain wins and losses - we predict that people will attribute their team’s success to ‘skill’, but their team’s loss to ‘bad luck’.