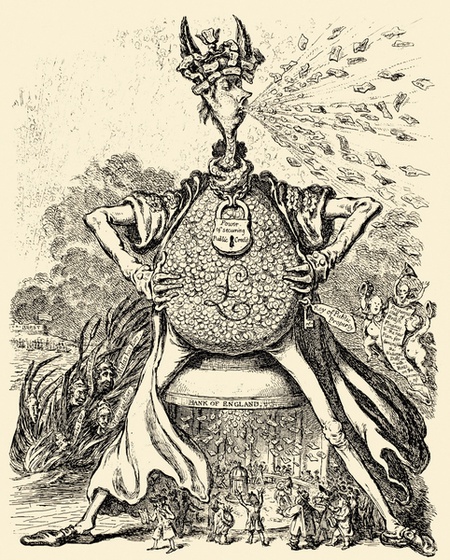 An exhibition of cartoons and caricatures from the University of Aberdeen’s Special Collections opens to the public in the Sir Duncan Rice Library Gallery on Friday (September 27).

The exhibition is accompanied by an engaging programme of public events, including an audience with award-winning Guardian cartoonist Steve Bell.

The lively display features images by William Hogarth, James Gillray, and George Cruikshank, acknowledged as superstar artists of the reign of George III, (1738-1820), an era dubbed the ‘Golden Age of Caricature’.

The events programme will launch on 3 October with a talk by Dr Michael Brown on ‘British Political Satire in the Age of Revolution’. The programme continues through November when Andrew MacGregor of the Special Collections Centre expands on the ‘History of Parody’ and Dr Helen Pierce explores the origins of ‘Graphic Satire’. Steve Bell will discuss the influence of Gillray and Hogarth on his own work as a political cartoonist in a talk on the 15 November.

Siobhán Convery, Head of Special Collections said: “Caricaturists and printmakers pushed the boundaries of taste and etiquette for comic and satirical purposes, and offered a powerful medium through which to test ideas of the freedom of speech.

“The works on show represent an age of revolution and major change. It’s fascinating to compare their political and social commentaries to the world of modern media.”