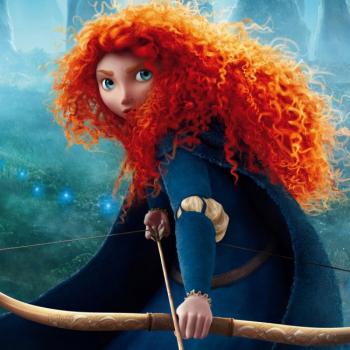 Film fans will get the inside track on one of the world’s most successful movie-making studios when Aberdeen’s newest festival kicks off tomorrow (May 10).

One of the technical supervisors in production at Disney∙Pixar, Gordon Cameron, is giving a talk at the May Festival, which has been organised by the University of Aberdeen and takes place between May 10 and 12.

Gordon - also a graduate of the University - is the only Scot working for the animation studio in California which has produced a string of hits including Toy Story, Finding Nemo, Up and Brave.

The computing science graduate - whose work involves overseeing, planning and collaborating with technical artists working on individual film projects - will give an insight into life at the studio at the Director’s Cut: Disney∙Pixar event taking place on Sunday between 12.30pm and 1.30pm at the Arts Lecture Theatre at Old Aberdeen.

Originally from Banff, Gordon said: “When I was much younger I harboured this fantasy that I’d love to get into film effects after watching films like Star Wars, Buck Rogers, Battle Beyond The Stars and Alien.

“I’m really looking forward to returning to Aberdeen for the May Festival and explaining more about a studio that I longed to work for after since seeing the very first Pixar shorts - Andre and Wally B, Luxo Jr and Tin Toy - and the feature Toy Story. I was actually lucky enough to have got here to have worked a little on Finding Nemo.”

Tickets for the Director’s Cut: Disney∙Pixar event are available online or from the May Festival box office at King’s Conference Centre on the University’s Old Aberdeen campus.