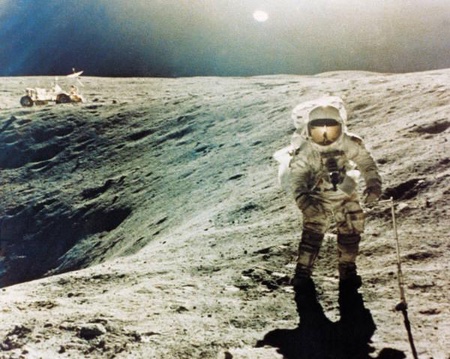 Could life exist beyond Earth and if so could ET phone home?

Intriguing questions over whether or not we are alone were debated last night (March 15) at a new event at Aberdeen College Planetarium which reopened to the public for the event after almost a decade.

Dr Marco Thiele from the University of Aberdeen’s Department of Physics gave a Life on Other Planets? talk for the first in a new Café Cosmos series – the latest in the University’s  Café Scientifique series of free public talks.

Last night’s talk was also one of the attractions of National Science and Engineering Week (NSEW) which this year has communication as its theme.

Dr Thiel said: “My talk discussed the possibility of extra-terrestrial life and covered issues such as the conditions that a planet has to fulfil to be able to host life and how it would have to have a stable orbit and be in what is called the ‘habitable zone’.

“As well as discussing whether life could be created in a lab, I also spoke about the SETI or Search for Extraterrestrial Intelligence programme that is actively look for extraterrestrial life.

“But if any were found how would we actually communicate with intelligent extraterrestrial life-forms?”

Last night's Café Cosmos talk was particularly special because of its striking location. The planetarium, Britain’s most northerly stargazing venue, was once hailed the best outside London.

NSEW in Aberdeen and Aberdeenshire is coordinated by the British Science Association Aberdeen Branch and supported by BP and a Scottish Government engagement grant awarded to the University of Aberdeen.

The University’s Café Scientifique series is supported by a Science Engagement grant from the Scottish Government. For more information see: http://www.abdn.ac.uk/science/cafescience/

*Aberdeen College Planetarium is only open for Café Cosmos events – places for these must be booked in advance.