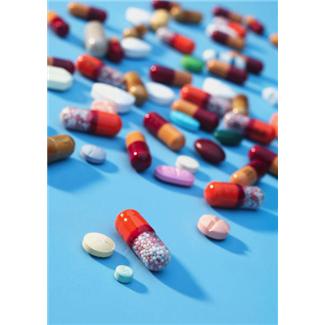 The complexities of controlling so called ‘legal highs’ will be discussed later this week at a key event that will also launch a new University of Aberdeen drug discovery centre.

The new Kosterlitz Centre for Therapeutics will take the findings of researchers and clinicians and support their development towards new patient therapies for conditions such as cancer, heart disease, infection, pain, obesity and neurodegenerative diseases.

The virtual facility has been named after the late University scientist Professor Hans Kosterlitz who together with Professor John Hughes was the first to show that the body produces morphine like substances called enkephalins which act as our own natural painkillers.

Two distinguished speakers – Professor Les Iversen and Professor Alan North, a former colleague and friend of Professor Kosterlitz – will both give a lecture this Thursday (September 16) which will officially open the Centre.

The talks are taking place at the Suttie Centre for Teaching and Learning in Healthcare at 5.30pm and are free and open to all.

Professor Iversen, Professor of Pharmacology at the University of Oxford, is giving a talk entitled Can We Control ‘Legal’ Highs?

He said:  “’Legal highs’, defined as psychoactive substances obtained legally or by diversion from medical use, are not a new phenomenon. We are all aware of solvent misuse, nitrous oxide, party poppers and ‘magic mushrooms’.

“In my talk I will be discussing a new series of synthetic chemicals resembling amphetamine and ecstasy that have made the headlines. Perhaps the most high profile of these is mephedrone which was banned in July this year.

“New so-called ‘legal highs’ continue to be advertised and sold for human use – although advertised as plant food or bath salts. These have not undergone the rigorous safety assessment required of all new human medicines, and are absent of any quality controls. “

Professor North, Vice President and Dean of the Faculty of Medical and Human Sciences at the University of Manchester, talk is titled The Life and Times of Hans Kosterlitz.

Professor North, who spent 13 years at the University of Aberdeen where he was taught by Professor Kosterlitz before being part of his research team, said: “My lecture will give a biography of Hans Kosterlitz starting from the day he was born until the day he died and covering the discovery of enkephalins which prompted a lot of discussion at the time over whether he should have got a Nobel Prize.

“Professor Kosterlitz had a hugely impressive work ethic and used to say that a day not spent in the lab was a day wasted, although he was not incapable of relaxing.”

Booking is not required for the talks which are part of Techfest In September which is principally funded by Shell and BP.

For more information about the Kosterlitz Centre for Therapeutics see:http://www.abdn.ac.uk/kosterlitz/