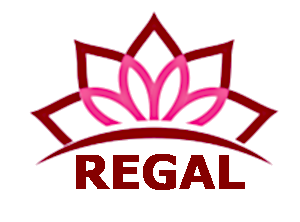 Endometriosis is a common condition which affects one in ten women from puberty to menopause. It occurs when cells like those lining the womb grow outside it, generally within the pelvis. These cells behave like the cells lining the womb, causing internal bleeding at the time of periods, scarring and pain.

Endometriosis is diagnosed by laparoscopy (keyhole surgery) which identifies areas of endometriosis which can then be destroyed or removed. However, surgery rarely provides lasting relief and pain can return in up to half of treated women within five years. To reduce the chance of regrowth of endometriosis and recurrence of pain, women who are not trying to get pregnant are offered the combined oral contraceptive pill or other contraceptives containing hormones called progestogens. Despite this, about one in three women will require more operations to treat endometriosis that has come back.

Endometriosis depends on the female hormone oestrogen (produced by the ovaries) for growth. Removing the ovaries (often along with the womb) therefore provides the best chance of pain relief and least chance of more operations but is not an option for many premenopausal women with endometriosis.

A less invasive way of shrinking endometriosis is to use a drug called Gonadotrophin Releasing hormone analogue (GnRHa) which temporarily stops the ovaries from producing oestrogen. While very effective in terms of reducing pain, this treatment has only been used for up to a year because of side effects such as hot flushes and night sweats and concerns about osteoporosis (thinning of the bones). Recent research has shown that adding small doses of hormone replacement therapy (HRT) in women on GNRHa reduces the risk of side effects and osteoporosis whilst controlling the pain.

REGAL is a randomised controlled trial funded by the NIHR HTA programme.  It aims to recruit 400 women to compare long-term (2-years) GnRHa with added HRT versus further keyhole surgery for the treatment of endometriosis in women who experience recurrence of pain after surgery but wish to preserve their fertility.

REGAL is led by Dr Lucky Saraswat based at the University of Aberdeen/NHS Grampian.