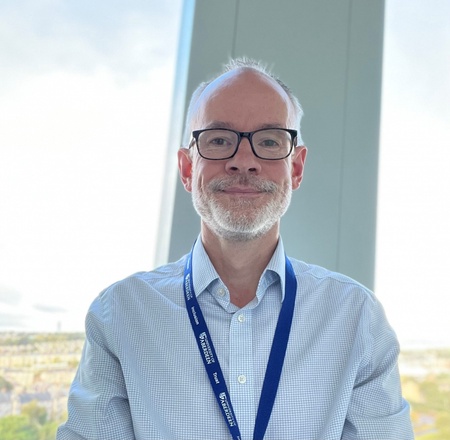 In his second blog post about issues around Open Access, University librarian Simon Bains considers the labels applied to open access, what these mean and alternative models

In my previous blog post, I suggested that while I believe that we are all broadly supportive of making the University’s research open to all, the complexity and costs get in the way. In this piece I aim to try and bring some clarity, dispel some myths, and point to a better future.

Is there “Gold in them thar URLs”, or “is the grass always Greener”?

Despite the plethora of colours, jewels and metals being applied as labels to mean open access of different types, there are basically two routes to open access for published research outputs:

Green: deposit a copy of an author accepted manuscript into a repository.

Gold: the final paper is made open access by the publisher.

Other labels are applied, but are either not full or legally open access (e.g. ‘Bronze’, ‘Black’) or a subset of Gold (e.g. ‘Diamond’).

There are two unfortunate connotations of Gold, which I want to dispel:

I wouldn’t start from here: how not to do it and the dreaded APC

We talk a lot about Article Processing Charges (APCs) and a core part of our Scholarly Communications Service involves the administration involved in approving a request for an APC, ensuring that it is paid, and checking that the paper is made Open Access by the publisher. Gold Open Access and APCs seem to have become synonymous, but this way of funding the costs of Open Access is, to put it bluntly, nuts. Over many years, academic libraries have moved away from individual journal subscriptions to negotiating large deals which cover many titles from a single publisher. This has its drawbacks (more on that to follow in a future post) but is a simple question of operating at scale. It is much more efficient, and cheaper, to do it this way. So why are we now, in respect of our publishing, paying individually for every single paper? This is badly wrong-headed.

The good news is that we are shifting away from this model as publishers manage a transition from mainly subscription to mainly open access. The Library is signing up to an increasing number of ‘read and publish’ deals, that bundle subscription and Open Access costs together, and the days of the APC seem numbered for many journal titles. Nevertheless, as publishers are fond of telling us, publishing isn’t free; the cost must be met somehow. Read and publish deals must be paid for, either by the institution, or by one of its funders, but scaling the process brings down the costs via national negotiations and administrative efficiencies. It also removes the burden from our researchers!

However, it is really important to note that helping traditional publishers ‘flip’ to open access is not the only answer. Perhaps not even the best answer. To paraphrase the well-known joke, if I was going to invent scholarly publishing for an open research world, I wouldn’t start from here. So instead of perpetuating an arguably broken model, why not support publishers who make open access their entire mission? Such publishers have no subscription model income to protect, or a worldview in which information is a commodity to be sold, but rather view it as a public good to be shared. Such publishers now offer only open access publishing and often at lower prices than those offered by the traditional publishers.

Supporting the alternatives, and an announcement!

The big challenge here is how to fund these models. There can be no Green Open Access deposit option for a publisher who only publishes openly, so what happens if they need to charge an APC, and we have no money left? This is an increasingly urgent problem and it is now impacting on our researchers. The solution is not necessarily that the institution should provide more money. Reducing our expenditure on subscription publishing can increase available funds to support open publishers. Some publishers do not require APCs at all, but instead request contributions from the organisations that benefit from them. An excellent example is the Open Library of the Humanities (OLH), an academic-led initiative that places control back in the hands of the universities, and funds its operations from academic library contributions. I will use this blog post to put the Library’s money where my mouth is, and announce that I am now in the process of signing the University of Aberdeen up to contribute to the sustainability of this important enterprise.

Returning to the plethora of terms associated with Open Access, initiatives such as OLH are now commonly labelled ‘Diamond’, which simply means that there is no author-facing fee associated with publishing the paper openly. How the Diamond publisher chooses to do this is up to them, but somehow they must meet their costs, and various models to do this are now in use. The important thing is to ensure that they are sustainable, as no one wishes to publish with a new journal that has no clear plan for its long-term existence.

Do not delay, deposit today! Or not. Why we don’t necessarily ‘go Green’

I said earlier that I would come back to the issue of whether Gold equals ‘better’. In many cases (but not, it is important to say, all), the Green route involves an embargo, usually of between 6 months and two years. This is set by the publisher to mitigate against any risk of loss of income resulting from an accepted manuscript being freely available and therefore an alternative to paying for the paper or subscribing to the journal. This appears to be a theoretical threat, as there is no good evidence that libraries will cancel journal subscriptions and rely on repositories if embargoes are removed. Nevertheless, it means that in one important way, Gold is better than Green, as it releases research to the wider world more rapidly if the Green option comes with a mandatory embargo.

The good news is that this is going to change. Plan S already requires there to be no embargo, and UKRI, a signatory to Plan S, has now released a new Open Access policy which also stipulates that there must be no delay to access. This will come into effect on 1 April 2022. The result of this will be that there will be no disadvantage at all in pursuing the Green route for UKRI funded authors, which reduces the financial pressures to select Gold and therefore pay an APC where there is no alternative to achieving it. This may not be quite as important, but just as we need incentives to ‘go Green’ for the environment, we need ways to show that Green Open Access is the right thing to do.

Questions arise, though. Will publishers permit this? Why would they, given their concerns about the impact on their income? What happens if they do not? In my community of scholarly communications librarians, this is now a hot topic. I believe there is a solution, which I will be bringing to the University to consider. This will be the subject of my next post in this blog series.

Simon Bains, University Librarian. (to be found musing about these issues on Twitter @simonjbains).