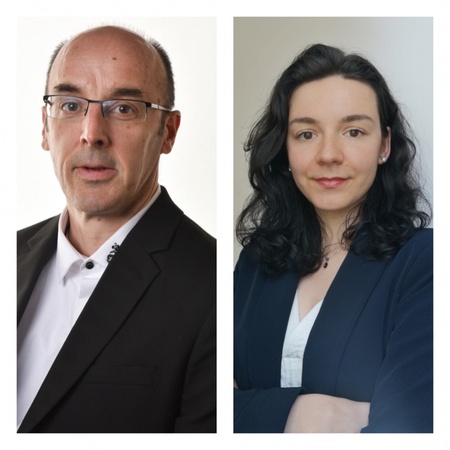 Professor Donald Hislop, from the University of Aberdeen Business School, and Dr. Luciana Blaha, from Heriot-Watt University, write about their research which has investigated how people interact with chatbots, and the many questions that still need to be answered if the use of this embryonic technology is to become widespread.

One group of technologies which have been a key part of recent innovations in artificial intelligence (AI) is chatbots. These are defined as: a computer program designed to simulate conversation with human users, especially over the internet. Generally, these can either be text, or voice-based, where an AI programme either responds to text, or voice-based prompts from humans.

Until relatively recently, one of the most significant challenges with voice-based chatbots was that they were not advanced enough to deal with variations in people’s spoken accents. However, recent developments in voice-based chatbot technology, and the language-processing algorithms that are integral to them have been significant. Thus, voice-based chatbot technologies are now increasingly able to cope with a range of accents, are able to learn and improve over time, and organisations using them can customise the language/vocabulary of the chatbots they use to suit the types of spoken language they are likely to deal with.

This has resulted in their increasing use by a diverse range of organisations. One of the most widely used roles they have been utilised for is undertaking routine customer interactions in call/contact centres. Typically, they undertake routine tasks, with more complex, communication intensive dialogue being undertaken by human customer service staff. Thus, a chatbot is now often the first thing a customer interacts with when they telephone a contact centre, with the chatbot helping to direct them to the most suitable customer service staff. The use of chatbots in such roles is argued to benefit both the organisation using them, through more efficient customer processing, and customers, through receiving a more prompt and reliable service.

Artificial intelligence hasn’t just been embraced by private sector companies; the UK public sector, under the Digital Transformation agenda, has been active at embracing the potential of AI more generally, including chatbot technologies. In a public sector organisation that we recently collaborated with, AI chatbots were used for external-facing customer contact roles, and the customisation process involved teaching the chatbot to understand questions about financial matters as well as informal questions about how it was created, all within the local dialect. These developments meant that almost 60% of people interacting with the chatbot felt able to have ‘human-like’ conversations, asking questions without trying to emphasise key words for example.

Interestingly, we found that the way in which workers and customers felt about the chatbot and used it varied significantly, with their attitudes being shaped by their prior experiences with chatbots in a range of contexts, either in their private or work lives. Some saw these technologies in a positive way, making work processes more efficient, or providing new support mechanisms for potentially vulnerable people, while others to some extent resisted them, due to various concerns, for example about data privacy, or lack of interaction with human workers.

Overall, those who spent the most time ‘playing’ with AI in other forms such as apps and voice assistants on their phones or social media approached the chatbots most comfortably. Meanwhile, those who preferred human interaction tended to avoid the chatbot regardless of its improvement over time. Notably, we found these trends consistent across age groups, with examples such as enthusiastic users of voice recognition of retirement age who had a chat with Alexa every morning over breakfast and resisting users who preferred human interaction in their early 20s.

However, people generally had multiple perspectives on these technologies, which evolved over time, based on their evolving experiences. Despite the rapid adoption of these technologies, and the fanfare about their potential benefits, their use is still embryonic. How they are perceived and used by workers and customer will be shaped by how organisations implement, and utilise them. Fundamentally, their use raises many, important questions, such as:

The sheer range of questions that must be addressed if improvements are to be made are indicative of the complexities involved in taking this technology from its embryonic stage to widespread adoption – making this an exciting area of artificial intelligence research that’s set to expand in the years ahead.