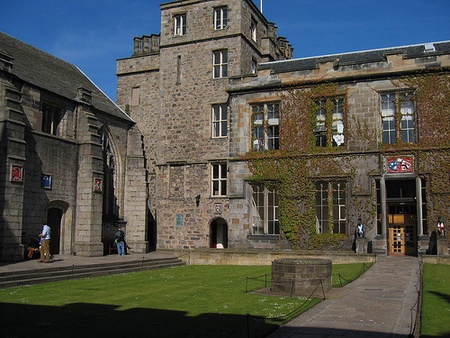 Scotland's new land reform laws will come under scrutiny at a unique conference taking place at the University of Aberdeen on Friday (August 26).

This conference – ‘Land reform in Scotland: legal, historical, and policy perspectives’ – is the first event of its kind since Holyrood passed the Land Reform (Scotland) Act 2016.

Hosted by the University Law School, it brings together a range of experts from academia, the legal sector and interest groups to discuss the future of Scotland’s land in the context of the new legislation, some of which has yet to come into force.

Among the areas that will be covered are international perspectives on land reform, including a presentation from the Law School’s Professor Tina Hunter on the granting of land rights to indigenous peoples in Australia in the 1990s, and its impacts.

The conference is preceded by an evening lecture on Thursday, August 25th – ‘The environmental implications of redistributive land reform’ – involving Malcolm Combe from the Law School, a regular commentator on Scotland’s land reform, who recently contributed an article to the Environmental Law Review journal on this topic.

This conference will provide the first opportunity since the Land Reform Act was passed for those with a close interest in the topic to gather together to hear a variety of perspectives on land reform, and carefully consider the new legislation." Malcolm Combe

Mr Combe, who is also chairing Friday’s conference at Kings College, said:  “Land reform is still something of a political hot potato in Scotland, which is no surprise considering its importance to local communities the length and breadth of the country.

“The use, management and regulation of Scotland's land can have a number of implications for matters like food security, the environment as a whole, the economy and indeed society.

“This means implementation of land reform, or any response to continued calls for more radical reform, must be carefully considered.

“This conference will provide the first opportunity since the Land Reform Act was passed for those with a close interest in the topic to gather together to hear a variety of perspectives on land reform, and carefully consider the new legislation.

“Overall, the conference provides a unique opportunity to reflect on where Scotland is in its land reform journey, how it got there and where it might go next.”