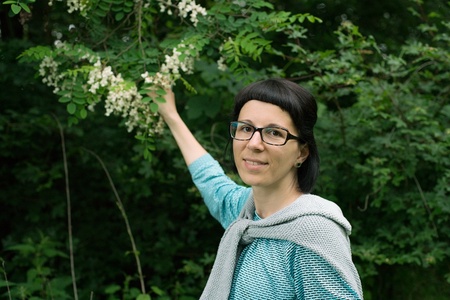 A University of Aberdeen PhD graduate has been awarded a prize by the Royal Society of Chemistry which recognises 'a young scientist judged to have made a major contribution to analytical atomic spectroscopy'.

Dr Zuzana Gajdosechova, who graduated in June with a PhD in analytical chemistry, is the 2016 winner of the Thermo-Hilger Award.

This award has evolved from the "Book Prize" first awarded in 1975 and it became the Hilger prize in 1983 and was then awarded biennially from 1994.

Dr Gajdosechova joins a prestigious list of recipients of the prize, many of whom have gone on to enjoy highly successful careers.

She was presented with the award at the 18th Biennial National Atomic Spectroscopy Symposium (BNASS) in Liverpool in recognition of her contribution into understanding of the biochemistry of mercury in the marine mammals and the reactivity of Hg nanoparticles in petroleum hydrocarbons.

Dr Gajdosechova, who was supervised by Professor Joerg Feldmann and Dr Eva Krupp, will travel to Canada later this month to take up a post with the National Research Council.

Professor Feldmann said: “Zuzana has been an exceptional PhD student. She is a brilliant scientist and an excellent communicator and to receive the recognition not only from her peers at conferences but directly from the Royal Society of Chemistry is fantastic.

“We are delighted to see her recognised in this way by the Royal Society of Chemistry. The prize dates back to 1975 and Zuzana joins a list of recipients which includes some of the most successful professors of analytical chemistry. We wish her every success in here future career.”