Antidepressants under the spotlight at University event
16 January 2015 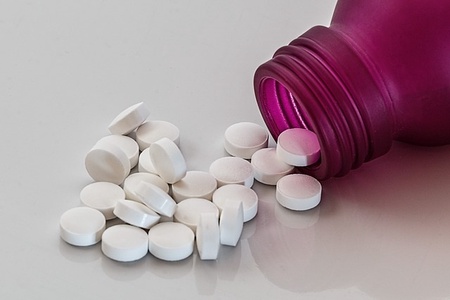 The evidence surrounding the effectiveness of antidepressant drugs will be discussed next week at the first in a new season of the University of Aberdeen's Café MED public talks.

University of Aberdeen Lecturer in Mood Disorders, Dr Isobel Cameron, and Honorary Senior Lecturer and Consultant Forensic Psychiatrist NHS Grampian, Daniel Bennett, will explore how the severity of depression might influence decisions about treatment pathways at the event on Monday, January 19.

The Café Med will take place in the Suttie Centre café at Foresterhill at 6pm.

Dr Cameron said: “It is commonly assumed that robust evidence exists for the lack of efficacy of antidepressants at the milder end of the depression severity spectrum. Our recent review and meta-analysis would indicate that this assumption is unmerited.

“Until sufficient evidence emerges, clinicians and patients should be made aware that there is some evidence that antidepressants may be more effective than placebo in milder forms of depression and that they are potentially tolerable to the large majority who receive them.”

It is commonly assumed that robust evidence exists for the lack of efficacy of antidepressants at the milder end of the depression severity spectrum. " Dr Isobel Cameron

Café MED events bring together leading figures in medicine and biosciences with the public each month between January and May.

Dr Heather Doran of the Public Engagement with Research Unit said: “The Café MED series allows for open discussion in an informal environment about our understanding of health and disease today, and how research might help us in the future. There is always ample opportunity for questions and discussion.

“We are looking forward to the 2015 series which will see talks on a diverse range of topics including; Lupus, weight loss and how advances in technology may improve healthcare in the future with digital methods for following skin cancer patients.”

All Cafe MED events are free to attend and consist of an open and relaxed discussion in the Cafe area of the Suttie Centre, Foresterhill. The University's café discussion series are supported by a science engagement grant from the Scottish Government. Full details of all current programmes can be found at www.engagingaberdeen.co.uk and at www.facebook.com/cafemedaberdeen