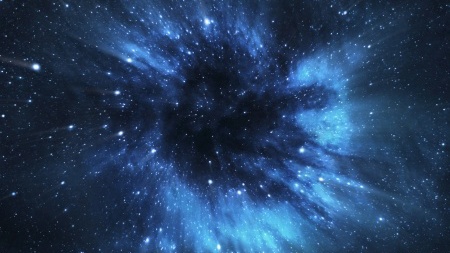 With Stephen Hawking's life and work hitting the big screen this month, the University of Aberdeen is celebrating the wonders of cosmology and exploring how humans can achieve such pioneering insights into our vast Universe as part of a public discussion.

The Café Scientifique (Aberdeen City) event on Wednesday January 21 will be led by Professor Shaun Cole from the Department of Physics at Durham University and winner of last year’s prestigious Shaw Prize.

Looking forward to his talk, Professor Cole said: “The Cosmic Web traced out by galaxies over millions of light years is not only intrinsically beautiful, but also contains information that can be used to answer some of the major questions in cosmology.

“I’ll use this information to explore questions such as ‘What is the dark matter and dark energy that make up much of our universe?’ and ‘How did structure arise?’.

I'll be exploring questions such as 'What is the dark matter and dark energy that make up much of our universe?' and 'How did structure arise?'" Professor Shaun Cole

The evening is the 2015 launch event of the popular Café Scientifique series which runs from January to October. The discussion series, which is hosted by the University’s Public Engagement with Research Unit, invites leading experts to share the latest in scientific research with the public in a relaxed and friendly atmosphere.

Dr Rhiannon Thompson of the Public Engagement with Research Unit said: “Café Scientifique is a fantastic platform for discovering, discussing and debating the latest in cutting-edge scientific research.

“We are delighted to launch the 2015 series with Professor Shaun Cole. This series is proving to be one of our most fascinating yet, featuring a large variety of thought- provoking topics from the challenges of earthquake prediction to Aberdeen’s unique role in the understanding of light.”

The discussion entitled ‘The Big Bang, dark energy and cosmic sound’ is set to be an informal and inspiring night, aimed at the general public with plenty of time for questions. The event commences at 7pm at Waterstones Union Bridge and is free to attend.

Full details of the Café Scientifique Aberdeen City series can be found at www.engagingaberdeen.co.uk. The series is supported by a science engagement grant from the Scottish Government.