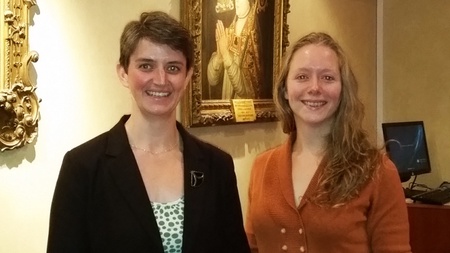 Co-convener of the Scottish Green Party, Maggie Chapman has been elected as the new Rector of the University of Aberdeen.

Ms Chapman was voted in by students, and succeeds Dr Maitland Mackie, who sadly passed away earlier this year.

Ms Chapman defeated her opponent for the post, James Steel, a lawyer who has tutored at the University for almost 40 years, winning 1415 votes, to Mr Steel’s 695.

Speaking after the result she said: “I am delighted to have been elected as Rector of the University of Aberdeen.

“I would like to thank my campaign team who have done a fantastic job, Shared Planet for my nomination and also the University for making the whole process a smooth one.

“I am looking extremely forward to getting to know the students and staff of the University of Aberdeen and working hard to see what impact I can have for the students.”

In addition to her role as co-convener of the Scottish Green Party and Edinburgh councillor, Ms Chapman teaches at Napier University and is working towards a PhD in Geography at Edinburgh University.

She moved to the UK from Zimbabwe where she was born and brought up. She has previously worked in the west of Scotland in Environmental Management, and as a community carer throughout Edinburgh.

President of Aberdeen University Student Association, Emily Beever said: “My role involves working really closely with the Rector and I’m looking forward to working with Maggie. Students will be looking to the new Rector to see if they can fulfil their manifesto pledges and support students here at the University of Aberdeen. It’s nearly 160 years since the post was established to represent students so Maggie will have to work hard to ensure the role keeps its relevance.”