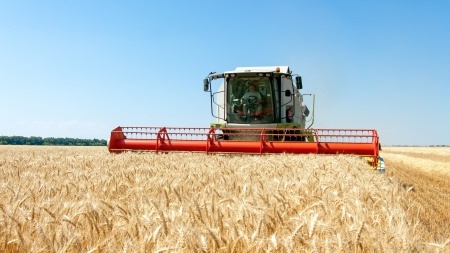 The Scottish Food Security Alliance-Crops (SFSA-C), which is a collaborative venture between the University of Aberdeen, The James Hutton Institute and University of Dundee, has been awarded prestigious funding to research the global links between Food Security and Land Use Change.

The funding will allow the group to work with other global leaders to tackle one of society’s biggest challenges of the 21st Century - feeding a global population of 9-10 billion people by 2050.

The project fought off stiff competition from proposals from around the world to be selected for funding under the Belmont Forum-FACCE JPI Food Security and Land Use Change Programme.

The project entitled, Delivering Food Security on Limited Land (DEVIL), is a 2 million Euro project involving other world leading research teams from across the globe: USA (University of Minnesota), Australia (CSIRO), India (CRRI), South Africa (University of Witwatersrand), Brazil (INPE), Switzerland (ETH) and France (INRA). It will be coordinated by Professor Pete Smith from the Institute of Biological & Environmental Sciences in the College of Life Sciences and Medicine and Prof Deb Roberts from the Business School at the University of Aberdeen. It involves central roles for a number of other SFSA-C partners, including colleagues from the Rowett Institute of Nutrition and Health, The James Hutton Institute and the University of Dundee.

“We are extremely pleased to be awarded this funding, which cements the collaboration between the University of Aberdeen, The James Hutton Institute and University of Dundee within the Scottish Food Security Alliance-Crops,” said Professor Pete Smith. “It will allow us to work with other global leaders in food security research to tackle one of the societal grand challenges of the 21st Century; feeding a global population of 9-10 billion people by 2050. The amount of land on the planet is finite so we need to find ways to allow food security to be delivered, whilst protecting the other ecosystem services provided by the land. All of this has to be achieved against a backdrop of population change and rapid dietary transition.”

The amount of land on the planet is finite so we need to find ways to allow food security to be delivered, whilst protecting the other ecosystem services provided by the land." Professor Pete Smith

Professor Deb Roberts, who also holds an appointment at the James Hutton Institute, is looking forward to the collaboration.

She said: “The challenge of delivering food security on limited land is so great that no single discipline has the tools to address it. That is why we have assembled this multi-disciplinary team, involving natural scientists, social scientists, nutritionists, economists and knowledge exchange experts from around the world. All partners are leaders in their fields, and we are delighted to have to opportunity to bring this expertise to bear one of the world’s most pressing challenges.”

Professor Rowan from the University of Dundee added: “This is an incredible opportunity to collaborate with some of the world’s foremost authorities on global food supply, distribution and consumption.  The project is the first major outcome of the SFSA-C and goes to the heart of using excellent science to make a difference to people’s lives in terms of fairness and sustainability”.

The project also has the support of the World Bank and CCAFS (the CGIAR research program on Climate Change, Agriculture and Food Security). It will begin early in 2015 and will run for 48 months, and is expected to deliver outputs relevant for policy making at regional and global scales.