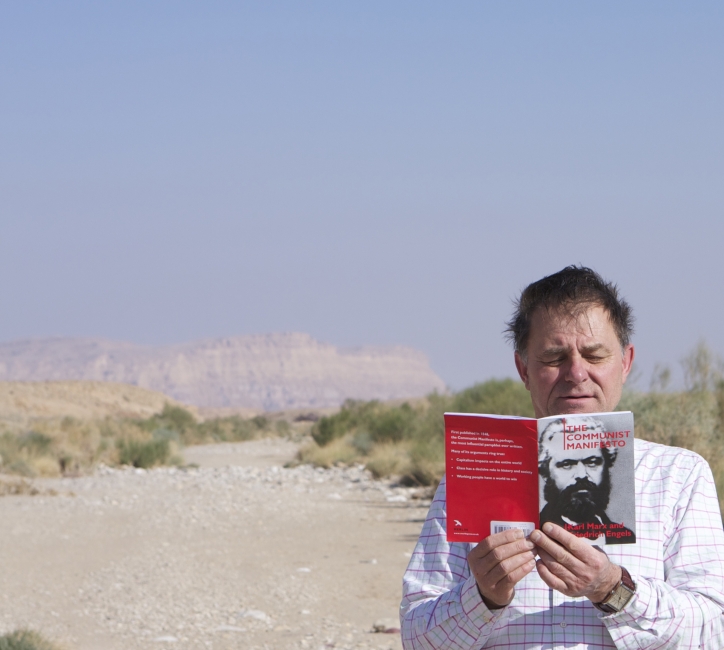 The University of Aberdeen will become a canvas for experimental art on Friday March 18.

This is going to be a very exciting and unique event, which will use the University of Aberdeen as a canvas for experimental art and activity" Dr Amy Bryzgel

It will host Entitled ‘Perform. Play. Art’ which will include performances, readings and audience participation activities.

Organised by Dr Amy Bryzgel, lecturer in Film and Visual Culture, and PhD student Jasmina Založnik the event will explore the experimental art scene in the former Yugoslavia, in the form of a round table entitled ‘Experimental Art, Past, Present and Future’, with Gera Urkom, an artist from Serbia/Yugoslavia who is currently based in London, and Franc Purg, an artist from Slovenia/Yugoslavia who is also based in London.

Jasmina Založnik is organising two performances as part of the event, one of which will connect the University of Aberdeen campus with artists in Slovenia, via Skype. This “Public Readings” performance will involve individuals in Aberdeen and Slovenia reading from previously chosen texts. The Aberdeen-based performers will read live, on campus, and the Slovenian performers will be broadcast on the screens on the ground floor of the Sir Duncan Rice Library. Performers include: Franc Purg (Slovenia/UK), Jasmina Založnik (Slovenia), Hannah Burrows (UK), Aleksandra Gruden (Slovenia), Andreja Džakušić (Slovenia), Borut Holland (Slovenia), Simon Macuh (Slovenia) and Petra Kapš (alias OR poiesis) (Slovenia). There will be an audiovisual Installation on the ground floor of the Sir Duncan Rice Library as part of the performance by Kwangrae Kim (Korea/UK, PhD student in Composition) and Suk-Jun Kim (Korea/UK, Lecturer in Music).

A participatory performance, Mapping the Campus, by Dejan Srhoj from Slovenia will be staged so that attendees of the conference can take part.

Dr Bryzgel said: “This is going to be a very exciting and unique event, which will use the University of Aberdeen as a canvas for experimental art and activity. This conference will also bring together, for the first time in several years, three artists who were active in the experimental art scene in the former Yugoslavia. Aberdeen will be a meeting point for these individuals, some of whom had performed in Scotland in the 1970s, at the Edinburgh Festival. It should be a fun day, filled with experiment, learning and discussion.”

Perform. Play. Art takes place on Friday, March 18, from 10am to 5pm. It is free and open to the public. Booking is required via Eventbrite. The conference is funded by the Arts and Humanities Research Council.