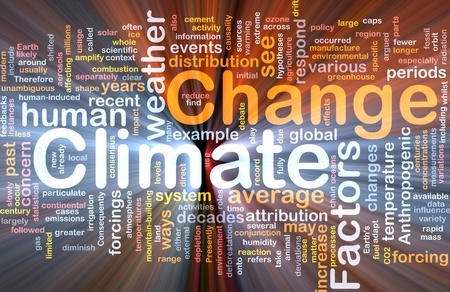 New research from the University of Aberdeen has shown that insects in high-latitude ecosystems such as Scotland are just as at risk from climate change as tropical species.

It was previously believed that insects in the tropics and deserts were the most at risk species from climate change and that high-latitude species were not endangered. However a new study, which is published today in Nature Climate Change, has shown that only recently arrived high-latitude species, such as agricultural pests and disease vectors, will be able to withstand future levels of warming at high latitudes.

This is because these recently arrived species retain thermal tolerances to the warmer climates from which they originated. For example, insects such as fruitflies, mealworm beetles, and invasive termites have only recently colonized higher latitudes as a result of human activities, and these insects therefore have broad tolerances to warming which will buffer them against future climate change.

In contrast, species native to high latitudes will in fact suffer worse declines than comparable species in the tropics, because these endemic, high-latitude species have very narrow thermal tolerances (very low warming tolerances), similar to the low warming tolerances exhibited by threatened tropical species. However, the magnitude of climate warming is predicted to be greater at high latitudes than in the tropics. Some potentially threatened species included in this study include a wide range of rare and locally restricted beetle and moth species that serve critical functions for pollination and nutrient cycling in high latitude ecosystems.

The result of this study is quite novel in that it has shown that climate change is a huge problem for a wide range of native species that we previously thought would be able to withstand temperature changes." Dr Lesley Lancaster

Dr Lesley Lancaster from the University of Aberdeen carried out the study by re-examining published data on insect thermal tolerances, and identifying how these tolerances are affected by the historical patterns of range movements in these species.

She commented: “The result of this study is quite novel in that it has shown that climate change is a huge problem for a wide range of native species that we previously thought would be able to withstand temperature changes.

“These results have very important conservation implications, particularly for high-latitude ecosystems. It is important to realise that recently-cosmopolitan species, such as pests, will likely replace the more unique and valued high latitude species, if we do not do enough to mitigate climate change.”