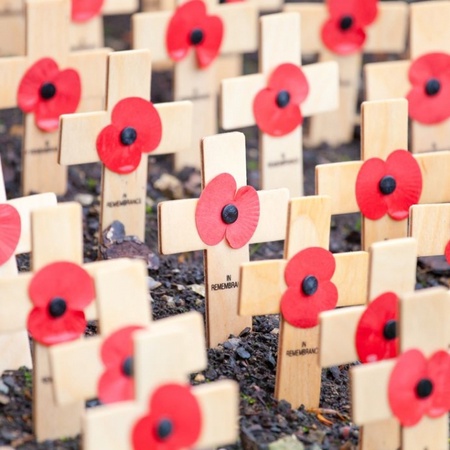 An event reflecting on life in the trenches with music, poetry and prose will be held at the University of Aberdeen on Friday November 6.

Ahead of Remembrance commemorations, ‘The Great War – A Call from the Trenches’ will provide an opportunity to reflect on the work of First World War poets, including Siegfried Sassoon and Wilfred Owen, whose poetry, letters and diaries portrayed the full horror of life on the front line.

Organised by Great War enthusiasts Professor Steve Heys and Tom Scotland, it will feature reading and narrated stories alongside music performed by the Choral Choir of Robert Gordon's College.

It is the sixth year they have organised an event in commemoration of the First World War and Professor Heys, Head of School of Medicine at the University of Aberdeen, said it would provide a ‘moving and unforgettable experience’.

“By 1915, the true scale of the war was becoming apparent with all notions of ‘they’ll be home by Christmas’ long forgotten.

“At previous events we’ve focused on north-east stories but for this year we felt it particularly important to look at the bigger picture. By 1915 more than a million men had enlisted to the armed forces so the War was impacting on families everywhere.

“The War poets provided a unique insight into the experience of soldiers on the front line and the appalling conditions in which they lived and fought and 100 years on their words are as moving as ever.

“Readings from their work will be interspersed with a wider historical narrative and musical performances from the Choral Choir of Robert Gordon's College.

“This is an act of remembrance, and the extremely moving finale will give cause for much reflection on the total waste of young lives brought about by war. Many of the soldiers who fought and died in battle were the same age as some members in the choir.”

The event begins at 6.30pm and will be held in the Arts Lecture Theatre at the University of Aberdeen’s King’s College Campus. It is free of charge but booking is advisable on 01224 274037 or by visiting http://www.abdn.ac.uk/events/8242/

The University of Aberdeen will also hold a service of Remembrance on Sunday November 8 at 10.50am in King’s College Chapel led by the University chaplains and the Officer Training Corps.

The Reverend Dr (Flt Lt) Philip Wilson, Station Chaplain, Chaplaincy Centre RAF Honington will give the message and the service will be accompanied by the music of the Chapel Choir.