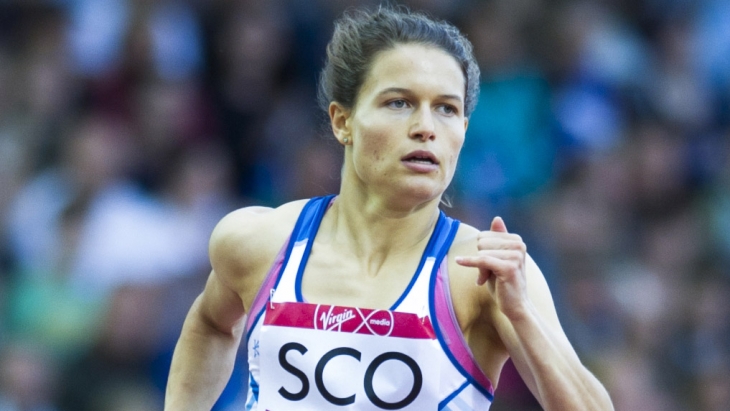 Zoey Clark (John Robertson Sports Scholar) won Gold in the woman’s 400m, with Kelsey Stewart, who starts at the University of Aberdeen next month, picking up Bronze in the same event.

Aberdeen sprinter Clark won gold with Great Britain & Northern Ireland at the Euro U23 in the 4 x 400m relays. Her time of 53.31 at ASV was close to her 53.11 personal best time over the distance.

Speaking to Scottish Athletics website, Zoey said: “It was great to race at home because I had all my whole family here and friends watching and that does not happen often.

“The new track at Aberdeen Sports Village felt good. I had one session on it earlier in the week to test it out and I think that helped.

“I am delighted to win gold because I have had bronze and silver before in the 400 at the Scottish Champs so now it feels good to be champion and have the full set.

“I did glance at the clock on the home straight. You are not supposed to but I could not help it and a few metres from the line I was still hoping that the PB could happen.

“I think it is the second fastest I have ever run so I will settle for that. It has been a good season and I am getting a bit of consistency.”

Fellow UoA athlete Stephen Dunlop won Bronze in the Men’s 100m, with Michael Ferguson unlucky not to medal - finishing fourth in the Men’s 800m. Both are University of Aberdeen Development Trust Sport Bursars.