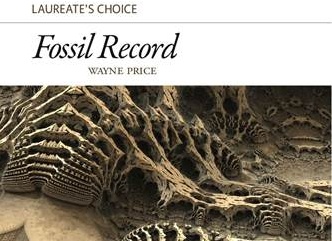 An Aberdeen academic has been recognised as one of the 'most interesting and promising new voices in British poetry' and his work has been published in a prestigious series of pamphlets.

Dr Wayne Price, who teaches literature and creative writing at the University of Aberdeen, is one of just four writers to be selected by the Poet Laureate, Carol Anne Duffy, under an initiative to promote the best new writing.

She created the ‘Laureate’s Choice’ to showcase the work of the most interesting and promising new voices in British poetry and propose them for publication by Smith/Doorstop, a leading UK poetry publisher.

It the latest in a string of awards for Dr Price, who has won major prizes in numerous international competitions including including the Edwin Morgan International and the Bridport. He was also a finalist in the Manchester International Poetry Prize in both 2013 and 2014.

His first collection of stories, Furnace, described by Alan Warner as ‘a heraldic collection…some of the best short stories written anywhere in recent years’, was long-listed for the Frank O’Connor Prize and nominated for the Saltire Scottish First Book of the Year 2012. His debut novel, Mercy Seat, was published by Freight Books in February.

Dr Price said that inclusion in the pamphlet series, which was launched at the recent Bridlington Poetry Festival, was one of the highlights of his writing career.

“It's a great honour to be chosen as one of just four Laureate's Choices. It can be incredibly difficult to reach a wider audience for your work when writing poetry: there are just so many talented voices out there, and so few poetry publishers,” he added.

“To be asked out of the blue to submit a short collection was one of the great surprises of my life, and one of the best.”

Fossil Record is available at http://www.poetrybusiness.co.uk/shop/902/fossil