The Evolution of Music discussed
31 March 2015 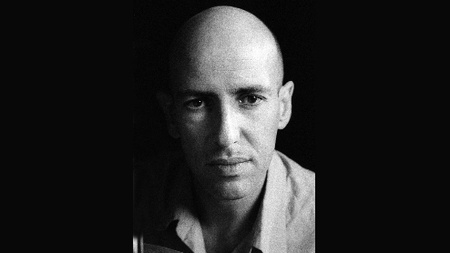 "Music is a science"- that is the surprising claim by a renowned London biologist, who says he is analysing tens of thousands of recorded works to create a 'fossilised record of music'.

Professor Armand Leroi, Professor of Evolutionary Developmental Biology at Imperial College London, will explain some of the background to his research at a lecture entitled The Evolution of Music in Aberdeen on April 2.

Professor Leroi explains that the digitising of music means cultural artforms can be studied much like a biological science.

“Almost all music has been digitised now – hundreds of thousands of tracks from all around the world," he said. "Thanks to the advent of ‘big data’, we can reduce music to numbers and, as such, it becomes something we can study. And as scientists, it must be studied!

“Music, like any aspect of human culture is immensely diverse – just like living things. Organisms have a general theory that explain this diversity, but with culture there is no such theory.”

Professor Leroi and his team have started their project by analysing 17,000 songs from the US Billboard Hot 100 between 1960 and 2010.

Thanks to the advent of 'big data', we can reduce music to numbers and, as such, it becomes something we can study. And as scientists, it must be studied!" Professor Armand Leroi

Professor Leroi added: “By turning all these songs into measurable data and by analysing these data, we are able to show through graphs and figures when the big changes in music occurred – when pop music became more or less diverse, for example. We’re able to look at phenomenon such as the British invasion of 1964 and actually show how it began and how it spread.”

Professor Leroi plans to extend this research in an attempt to reconstruct the history of human music to create a ‘tree of life’ which shows how all music is connected.

Big data analysis is leading to a whole new kind of science where every aspect of culture can be studied as a science. Culture is fundamentally about diversity but this brings it more in line with evolutionary biology.

Professor Leroi will discuss this and other areas of his research at the lecture the Aberdeen Medico-Chirurgical Society Med Chi lecture at the University of Aberdeen’s Kings Conference Centre on Thursday April 2 at 7pm.

The event is free to attend and open to all members of the public.