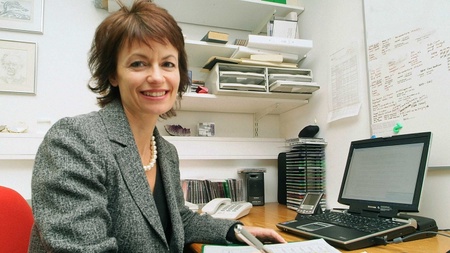 Professor Anne Glover, the University's new Vice-Principal for External Affairs and Dean for Europe, has been appointed to the board of Scottish Enterprise, the economic development agency that provides enterprise, investment and innovation support within the context of the Scottish Government Economic Strategy.

Professor Glover is re-joining the University following her period of office as Chief Scientific Adviser to the president of the European Commission.  She is currently on sabbatical at the Robert Bosch Stiftung in Berlin, and will return to Aberdeen in June to take up her Vice-Principal role.

Professor Glover said: "I am very much looking forward to using the experience I have gained over the last few years both at Scottish a Government and at the European Commission for the benefit of a sustainable and successful future for Scotland.  It will also be a great pleasure to return to the University to contribute to its national and international impact."

Welcoming the three appointments, Mr Swinney said: “I am delighted to see Professor Anne Glover, Alison McGregor and Gavin Nicol join the Board of Scottish Enterprise.  The quality of candidates was very high, which is a reflection of the leaders our vibrant business community attracts.

I am very much looking forward to using the experience I have gained over the last few years both at Scottish a Government and at the European Commission for the benefit of a sustainable and successful future for Scotland. " Professor Anne Glover

“Agencies like Scottish Enterprise are vital to Scotland's continued economic growth.  They help attract new business and inward investment to Scotland while supporting our companies competing in a global environment.  These new appointments will help this important work continue and compliment the broad range of Board members already working at Scotland Enterprise.”

Crawford Gillies, Scottish Enterprise Chairman added: “I am delighted to welcome our three new Board members and to congratulate them on their appointment.  They bring a wealth of knowledge and a variety of exceptional experience that I know will add great value to Scottish Enterprise and strengthen our Board enormously.”

Professor Sir Ian Diamond, Principal and Vice-Chancellor of the University of Aberdeen,  expressed his delight at Professor Glover’s appointment, saying: "I think Anne will be a brilliant addition to the Scottish Enterprise board. The combination of her background and skills as a scientist – and one who has successfully taken her work from the lab to the market -  together with her experience at the heart of both the Scottish Government and the European Commission, will be a tremendous asset to Scottish Enterprise in its crucially important role in growing Scotland’s economy.”