Setting the 'score' straight on an Orkney great
26 March 2015 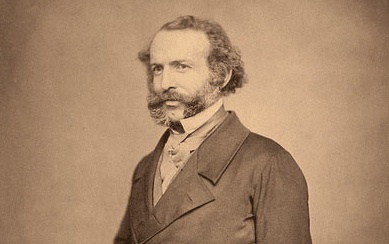 An Orkney explorer whose reputation was sullied by history books will be remembered in a new light as part of a concert in Aberdeen which will showcase a new composer.

Ed Jones, a PhD student at the University of Aberdeen, has spent several years researching the ill-fated Franklin expedition to the Arctic in 1845 and the role of Orkney doctor John Rae in unravelling one of the great mysteries of the Victorian era.

It will be performed by two Aberdeen choirs and an orchestra for the first time in a concert at St Andrew’s Cathedral, Aberdeen, on Sunday, March 29.

To write the music I wanted to get into the mindset not only of the explorers but of those back home so I've spent a lot of time reading letters written by sailors, letters written by their wives and poems from the time." Ed Jones

The concert begins at St Andrew’s Cathedral, King Street, Aberdeen at 7.45pm on Sunday March 29. Tickets will be available on the door. For more information email music@abdn.ac.uk