Archives award attracts scholars from around the world
19 March 2015 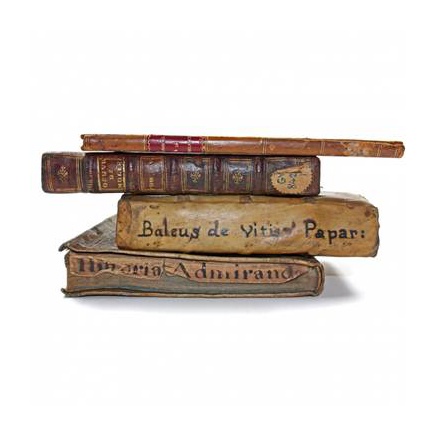 A new awards scheme to enable scholars to access the University of Aberdeen's rich archives and rare books has attracted entries from academics across the globe.

The University is home to more than 230,000 rare printed books – including more than 4,000 16th century items – as well as 5,000 irreplaceable archival collections, with material dating as far back as the 3rd century BC. The collections cover all aspects of the history and culture of the University, the City of Aberdeen, the region and the relationship they enjoy with the wider world.

Now housed in the state-of-the-art Sir Duncan Rice Library with dedicated reading rooms, the University’s Special Collections offer some of the best facilities to academics available anywhere in the world.

The awards are funded by a collaboration between the Aberdeen Humanities Fund, the Friends of Aberdeen University Library, and the Special Collections Centre. This year’s awards are supported in part by the gift of Henry Doss and Chris Arvidson, and have been selected from a global field of entries.

Henry Doss said: “These awards represent an outstanding opportunity for international scholars in the humanities to work directly with the tremendously important historic collections held at Aberdeen”.

Each will use the rare resources found in the Special Collections Centre to further their own specialist areas of study.

The standard of applicants reflects the international importance of Aberdeen's collection of rare books, archives and manuscripts." Siobhán Convery

Dr Stone will focus on library formation at the Royal Scots College, Valladolid, in the late eighteenth and early nineteenth centuries, with special reference to the Scottish Catholic Archives, which moved to the University last year.

He will examine how cultural artefacts categorised as English and Scottish were imported, consumed, modified, or criticised in late eighteenth-century Spain and hopes that the processes of cultural transfer associated with the Royal Scots College will shed new light on their contemporary reception.

Dr Wilson’s research concerns interwar writing, particularly Scottish fiction and modernist culture. The Visiting Scholars Award will enable her to access to the correspondence and personal papers of Lewis Grassic Gibbon and Nan Shepherd which will assist her in establishing the intellectual, medical, literary and environmental context of their writing.

Dr McDermid has spent the last decade examining female education in nineteenth-century Scotland. She is working on a Project called ‘Evenings out in Urban Scotland, 1870-1940’ and will use Aberdeen, which has a rich history of associational activities, as a key case study.  The University’s Special Collections holds an impressive range of sources including records of churches, clubs, societies, co-operatives, and trade unions and she will utilise these to show what is distinctive to Aberdeen and to identify similarities and peculiarities of urban associational life throughout Scotland.

Siobhán Convery, Head of Special Collections at the University of Aberdeen, said: “The first Special Collections Centre Visiting Scholars Awards attracted a high calibre of researchers from around the world with applicants from Europe, North America, China and Australia.

“The standard of applicants reflects the international importance of Aberdeen’s collection of rare books, archives and manuscripts.

“We look forward to welcoming the first three recipients to the Special Collections Centre and their presence here will open up further opportunities for research collaboration with our own academic community.”