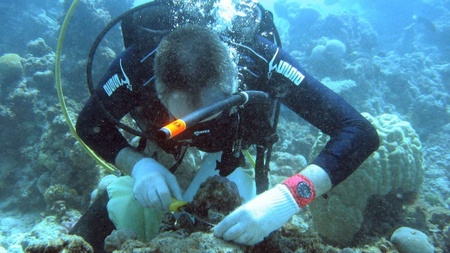 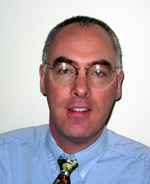 A University of Aberdeen Professor of chemistry has joined Scotland's prestigious educational charity, The Royal Society of Edinburgh (RSE).

Professor Marcel Jaspars, chair in Chemistry and director of the University’s Marine Biodiscovery Centre, is one of 56 new fellows. He is recognised for his work on the discovery of new pharmaceuticals and enzymes from marine biodiversity.

Fellows are nominated in recognition of outstanding contributions to their field and achievement in public service.  Spanning the arts, business, and science and technology sectors, they join the RSE in its work to place the advancement of learning and useful knowledge at the centre of public life in Scotland.

In accordance with its Royal Charter and charitable status, the RSE provides: independent advice to Government and Parliament; research and enterprise Fellowships; education programmes for young people; and conferences and events aimed at both public engagement and specialists.

Other fellows elected to the society in 2015 include author Ian Rankin, famous for his Edinburgh-based Inspector Rebus novels, and Mary Robinson, UN Special Envoy for Climate Change and former President of Ireland, who becomes an Honorary Fellow.

I owe a debt of gratitude to all the scientists who work with me in the Marine Biodiscovery Centre for their creativity and hard work." Professor Marcel Jaspars

Professor Jaspars said: “I am delighted to be recognised in this way by such an important Scottish institution. It is an honour to be associated with the Royal Society of Edinburgh and I thank them for electing me into the Fellowship. I owe a debt of gratitude to all the scientists who work with me in the Marine Biodiscovery Centre for their creativity and hard work.

President of the Royal Society of Edinburgh, Professor Dame Jocelyn Bell Burnell, said: “I am delighted to welcome such a wide range of outstanding individuals to the Fellowship. Each of our new Fellows is elected on the distinguished merit of their work. In joining the RSE, they strengthen our capacity to support excellence across all areas of academic and public life, both in Scotland and further afield.”

New Fellows are elected each year through a rigorous five-stage nomination process. The breadth of the Fellowship, which numbers over 1600 individuals from Scotland, the UK and abroad, enables the RSE to provide a wide range of leadership and expertise.

About the RSE
The Royal Society of Edinburgh is a leading educational charity which operates on an independent and non-party-political basis to provide public benefit throughout Scotland.

Established by Royal Charter in 1783 by key proponents of the Scottish Enlightenment, the RSE now has around 1600 Fellows from a wide range of disciplines. The work of the RSE includes awarding research funding, leading on major inquiries, informing public policy and delivering events across Scotland to inspire knowledge and learning.