Building a continent: It's more complicated than we thought
23 October 2014 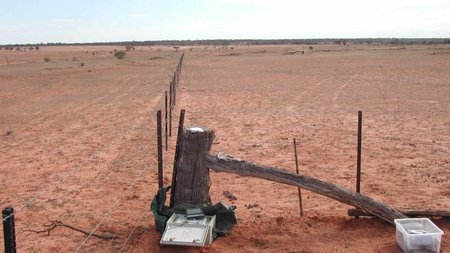 The way continents are formed can be far more complicated than previously understood, according to researchers at the University of Aberdeen.

The team has produced the first observational evidence that parts of continents are formed as the result of collisions with bits of older ‘broken up’ continents.

The findings, published in the Geological Society of America’s Geology journal, support computer modelling presented by Australian researchers earlier in the year.

Using seismic recorders, the team created an image of the crust beneath part of eastern Australia, which revealed that a micro-continent, about the size of the UK, collided with the Australian plate around 480 million years ago.

“This research tells us something fairly fundamental about the way continents are built,” said Professor Nicholas Rawlinson, a Geophysicist from the University of Aberdeen.

“It’s always been thought that one of the main mechanisms for building a continent is so-called subduction-accretion,   where one tectonic plate collides with another and is pushed underneath to form a subduction zone, where new material is added to the crust. Examples include Cascadia, Southern Chile, and the Sunda Arc in Indonesia.

This new research shows that continental fragments, set adrift by the break-up of former supercontinents, can play a major role in the way new material is added to a growing continent." Professor Nicholas Rawlinson

“This new research shows that continental fragments, set adrift by the break-up of former supercontinents, can play a major role in the way new material is added to a growing continent.

“This particular study uncovered evidence of a micro continent that’s embedded at the site of a former subduction zone beneath Victoria in southeast Australia that used to be part of East Gondwana - a supercontinent that existed between 180-550 million years ago.”

Around 700 seismic recorders were buried in small holes where they detected ground motion caused by “background noise” generated by oceanic microseisms and atmospheric disturbances. Using special processing techniques, information was extracted from this noise allowing researchers to generate a map of the seismic properties of the crust in southeast Australia.

Dr Rawlinson added: “This means that the way new continents are built can be quite different to the standard model you see in geology textbooks. Rather than new material being added to a continental margin that is straight or mildly curved, a continental fragment becoming embedded along the trench between two plates can destabilize the normal subduction process, resulting in an unusual ‘wraparound’ effect which produces a strongly curved mountain belt.

“This paper provides the first observational evidence to support the research by Australian academics who performed a theoretical 3D geodynamical simulation, and published the findings in Nature earlier this year.”