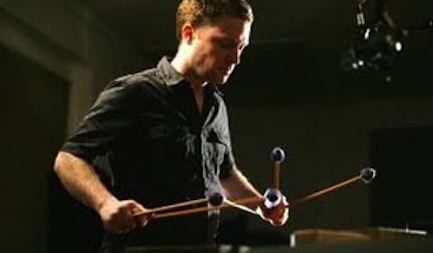 A music festival co-founded by the University of Aberdeen's Head of Music, Professor Pete Stollery, is celebrating its 10th anniversary.

sound festival kicks off tomorrow (Thursday, October 23) and will showcase a range of new approaches to traditional music.

The 10th sound festival will open with a concert featuring the Scottish Premiere of a work by Rolf Wallin which was co-commissioned by sound, The Wigmore Hall and the Bergan Festival for the virtuoso percussionist Colin Currie which has been chosen to be part of the PRS for Music Centenary year celebrations.

Friday night will see the first joint project between sound and its partner festival, Musiques Démesurées from Clermont-Ferrand, bringing together the musicians of Scotland’s Red Note Ensemble with the French ensemble, l’Orchestre d’Auvergne. The programme includes two new works commissioned jointly by the partners: one from Scottish composer William Sweeney and the other from French composer Laurence Cunion, both inspired by the WW1 centenary commemoration.

The 2014 festival will run until the 10 November 2014 and will feature over 50 performances, workshops, exhibitions and events in venues across north east Scotland.

Professor Pete Stollery said: “I can’t believe it’s been ten years since we started the sound festival. Since then, it’s not only become a research playground for music students and staff to hear new work and to have their work performed, but it’s also now a major part of the cultural life of Scotland. This year’s theme of “New Approaches to Traditional Music” brings performers and composers from many traditions around the world to Scotland to share the very best in new music.

sound festival director, Fiona Robertson, added: “It is hard to believe that we took our first steps towards creating a festival to celebrate new music in Scotland ten years ago.

“Over the years we have taken audiences on journeys of discovery opening up new and exciting musical landscapes. As we enter our second decade we are looking forward to sharing more of the vibrant music making of contemporary composers and performers from Scotland and throughout the world.”