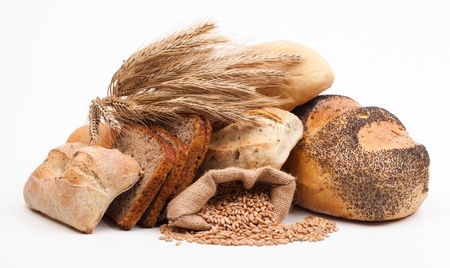 It is becoming more common to hear requests in restaurants or supermarkets for gluten-free options, but only around one-percent of the population are diagnosed as suffering from coeliac disease.

Nonetheless, pages of newspapers and magazines are regularly filled with stories of those who believe they have benefitted from cutting out gluten, a protein found in wheat and other grains.

But wholegrains contain important B vitamins, iron and fibre and cutting them out altogether can have implications for a balanced diet, as well as for the taste and texture of foods.

Researchers at the University of Aberdeen Rowett Institute of Nutrition and Health are looking for volunteers as they embark on a new research project to investigate gluten-related disorders.

They are seeking non-coeliacs, who believe that going gluten-free has had a positive impact on their wellbeing.

The aim is to identify biological markers for non-coeliac gluten sensitivity and to evaluate whether foods can be developed to alleviate the severity of digestive discomfort associated with the consumption of normal wheat.

The researchers will work with a leading bakery which has developed three types of wheat bread in which the proteins that may cause gluten sensitivity have been reduced using a combination of new enzyme and other technologies.

Volunteers will consume the breads, and a control sample, ‘blind’ and will then be carefully monitored to establish if there is any impact on their feeling of wellbeing.

If we can establish their sensitivity and whether it is affected by the modified gluten bread, we will make further steps into unravelling the enigma of non-coeliac gluten sensitivity. " Dr Nigel Hoggard

Dr Nigel Hoggard, who is leading the study, said: “In evolutionary terms gluten is a relatively new food component for the digestive system. The consumption of gluten has been steadily increasing, possibly leading to the growing trend for gluten related disorders over the last 10-20 years.

“We want to evaluate whether foods can be developed to alleviate the severity of digestive discomfort associated with the consumption of normal wheat specifically in people who are sensitive to gluten but who do not have coeliac disease. To do this we need to recruit people with a mild intolerance to gluten who have decided to go gluten-free and are willing to take part in the study.

“If we can establish their sensitivity and whether it is affected by the modified gluten bread, we will make further steps into unravelling the enigma of non-coeliac gluten sensitivity. We hope that the project will contribute to a better understanding of this newly defined and at present poorly understood condition.†

“This could help the food industry to develop products for a lifestyle associated with gluten-related disorders. These products would be more palatable in terms of taste and texture.”

The study needs volunteers aged between 18 and 65 who are able to travel to the Rowett Institute in Bucksburn, Aberdeen, who are gluten-sensitive≠ but who have not been diagnosed with Coeliac Disease or a wheat allergy. Anyone interested in taking part should contact Dinka Rees on 01224 438 602 or e-mail to dinka.rees@abdn.ac.uk

The research is funded by a grant from Innovate UK (Technology Strategy Board) and supported by a British baking company.

* Coeliac disease is a lifelong autoimmune disease caused by intolerance to gluten. Symptoms include bloating, diarrhoea, nausea, wind, constipation, tiredness, headaches, sudden or unexpected weight loss (but not in all cases), hair loss and anaemia. Once diagnosed, it is treated by following a gluten-free diet for life https://www.coeliac.org.uk/coeliac-disease/about-coeliac-disease-and-dermatitis-herpetiformis/