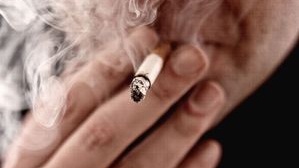 Smoking tobacco remains one of the most important avoidable causes of serious illness and early death.

Now an event in Aberdeen this month will discuss the hidden dangers of the addiction and why the habit can be hard to break.

Dr Heather Morgan and Norul Latif from the University of Aberdeen’s Respiratory Group within the Department of Child Health will give an insight into second-hand smoke and campaigns to encourage smokers to take their habit outdoors.

Whilst Professor David Balfour from the University of Dundee will discuss why most habitual smokers say they want to quit, but find the process difficult.

Their talk takes place at 7pm on Monday September 15 at the University’s Fraser Noble Building.

It is part of this year’s TechFest in September which will bring a programme of shows, workshops and exhibitions to the city from September 6 to 26.

The event will give an insight in to our group's research, which has been exploring invisible smoke in homes across UK." Dr Heather Morgan

The annual festival of Science, Technology, Engineering and Mathematics (STEM), is supported by joint principal sponsors BP and Shell and is set to attract more than 20,000 visitors.

Dr Morgan said: “A lot of people think if you can’t see smoke then it can’t be there or harmful but in actual fact, 85% of smoke is hidden and this still contains a lot of danger and toxins.

“Therefore people smoking just outside their front door, downstairs or with windows open are still harming their kids and others in the household, even if they’re in different rooms or close doors.

“The event will give an insight in to our group’s research, which has been exploring invisible smoke in homes across UK.  We’ve been providing households with personalised readings and using this information to talk to smokers and their families about some of the things they can do to make the air in their homes cleaner.”

The No Smoking Allowed! event costs £5.50 and £4 for concessions. Tickets can be booked online at www.boxofficeaberdeen.com  or call Aberdeen Box Office on 01224 641122.