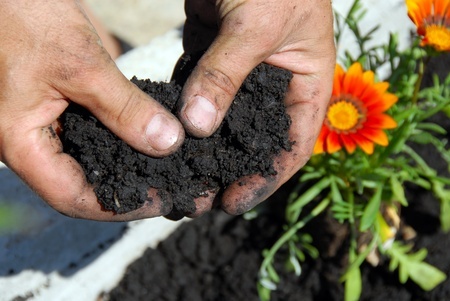 The response of soil microbial communities to changes in temperature increases the potential for more carbon dioxide to be released from the world's soils as global temperatures rise, a team of scientists including researchers from Aberdeen has revealed.

The potential for global warming to stimulate decomposition rates in soils, and thus release large quantities of carbon dioxide to the atmosphere, has long been considered to be one of the potentially most important positive feedbacks to climate change. However, the results from more recent studies have suggested that responses within microbial communities could greatly reduce, or even eliminate, the potential for soil carbon losses under global warming.

This key idea was tested using soils collected from a thermal gradient from the Arctic to the Amazon rainforest. The results, published in Nature, show that, contrary to expectations, microbial community responses resulted in an overall increase, rather than a decrease, in the effects of temperature on rates of carbon dioxide release from soils.

Dr Kristiina Karhu of the University of Helsinki, and lead author of the paper, said: “Because soils store more than twice as much carbon than the atmosphere, changes in rates of decomposition and carbon dioxide release from soil could be very important. Our findings suggest that warming will increase the activity of soil microbes to a greater extent than was previously expected, which could have implications for future rates of climate change.”

Responses were not found to be equal in all soils, and differed between geographical regions and ecosystem types. Managed agricultural soils stood out, being the only soils in which microbial community responses reduced the effects of a temperature change on rates of carbon dioxide release. On the other hand, the greatest stimulation was observed in the soils with the greatest carbon content and from boreal and arctic ecosystems, which are warming most rapidly. This indicates that the observed responses could increase the vulnerability of some of the world's most important soil carbon stocks to climate change.

Professor James Prosser, from the University of Aberdeen, said: “Soil is a massive reservoir of organic carbon and its conversion to carbon dioxide represents a considerable threat to global warming.

”Microorganisms are major inhabitants of soil, where they are responsible for turning over soil nutrients and maintaining soil structure.

”This threat will be increased if warming accelerates this conversion process, but some have indicated that microbial communities respond to warming to dampen this effect.

”Our study suggests the opposite. Although temperature responses varied between soils, carbon dioxide production accelerated in soils containing the most organic carbon and experiencing the greatest increases in temperature. This requires a reassessment of the response of soil microorganisms to warming and their impact on climate change. ”

Dr Iain Hartley, of the University of Exeter’s College of Life and Environmental Sciences, added: “It is only relatively recently that we have recognised how important it is to understand soil microbial community responses to changes in temperature. Big advances have been made in recent years, and there are now models that simulate key microbial processes. We have a great opportunity to really advance this subject, and improve predictions of rates of carbon dioxide release from soils under global warming, but there is still a huge amount that we need to understand better."