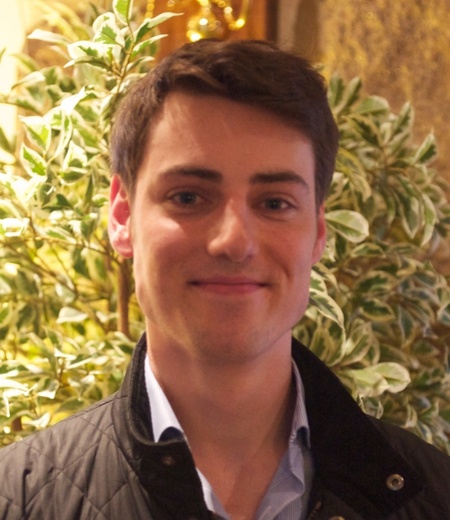 A University of Aberdeen student will travel to the Japanese city of Nagasaki after winning a prestigious scholarship to undertake a research trip.

Andrew Tweedie, a fourth year law student, has been awarded the Thomas Blake Glover Scholarship,supported by the University and the Rotary Club of Aberdeen Balgownie.

The 21-year-old will leave for Japan in early August and will travel for several weeks before beginning a three-week stint living with a Japanese family. The award aims to promote business links between Nagasaki and the North-East of Scotland and so Andrew will arrange to meet local students and members of the business community whilst here is there. The award entails a research project and Andrew will report his findings to Rotarians upon returning in September.

Andrew, who is studying towards an LLB, won the scholarship after an interview by a panel of four judges where he had to demonstrate his passion for the north-east. Prior to this, he had to submit an essay outlining what he thought he could bring to the role.

But Andrew, who is originally from near Aberargie in Perthshire and attended the High School of Dundee, worried not hailing from Aberdeen might count against him.

“Scotland is my heart and my home, whenever I travel anywhere I try to be a good ambassador for my country,” he said.

“I was concerned at first that originating from outside of Aberdeen might not be in my favour but after living in the Granite City for three years it has become my adopted home and I’ve come to know it well. I am confident that I can convey some of the spirit of the north-east to those I meet in Japan.”

The Thomas Blake Glover Scholarship was established in 1996 in memory of the entrepreneur born in Aberdeenshire in 1838. Glover settled in Nagasaki in 1859 and played a critically important role in the industrialisation of Japan.

It will be the first time Andrew, who lives in Old Aberdeen, has visited Asia and he said he was delighted to be given the opportunity.

“I was just so pleased to find out I’d got through the initial application and onto the interview stage,” he added.

“I really didn’t think I’d get any further, but when it came to meeting the panel face to face at the interview I knew there was a whisper of hope.

“I was very nervous going in to meet the panel but they were very relaxed and once I began to explain to them what I was about, it actually became an enjoyable experience.”

When I found out I’d won the scholarship I was delighted. It is an amazing opportunity for me and I am immensely grateful to everyone involved with the award, and I intend to make the most of it.”

For his research project, Andrew will compare Japanese business culture and law to that in the UK, examining how the Japanese economy stood resolute in face of the global recession when Europe didn’t quite.

He will give a presentation on his findings for the Rotarians when he returns. Andrew also hopes to be part of the group who will welcome a Japanese student on a reciprocal visit in two years’ time.

David Stoll, an International Officer from the University of Aberdeen, said: “Andrew is a very worthy recipient of the Thomas Blake Glover Scholarship and we wish him well in both his studies and trip to Japan.

“The scholarship provides a wonderful opportunity for cultural exchange and we look forward to hearing from Andrew on his return.”