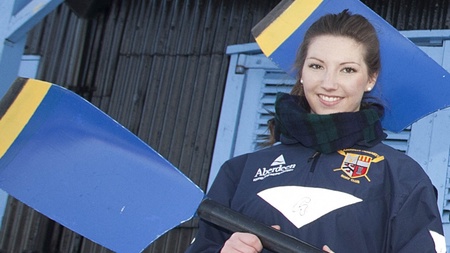 Scotland Rowing Team veteran, Jamie, will be competing in her 12th Home International Regatta when she takes part in the lightweight single scull, whilst Ian teams up with Glasgow University’s Patrick Murray in the coxless pair.

In all, 55 athletes, 6 coxes and 15 coaches and support staff will travel to Cork, Ireland, for the event.

Fourteen clubs are represented in the Scottish team which sees 28 athletes making their Scotland debuts.

The Scotland Rowing Team will be led once again by Graeme Cunningham, taking charge for the seventh year in a row. He will be supported by a large and experienced coaching team.

The competition gets under way on Saturday from 10:30am. Support the Scotland Rowing Team and follow all of the action on Twitter @ScottishRowing, Facebook or by using #HIR2014