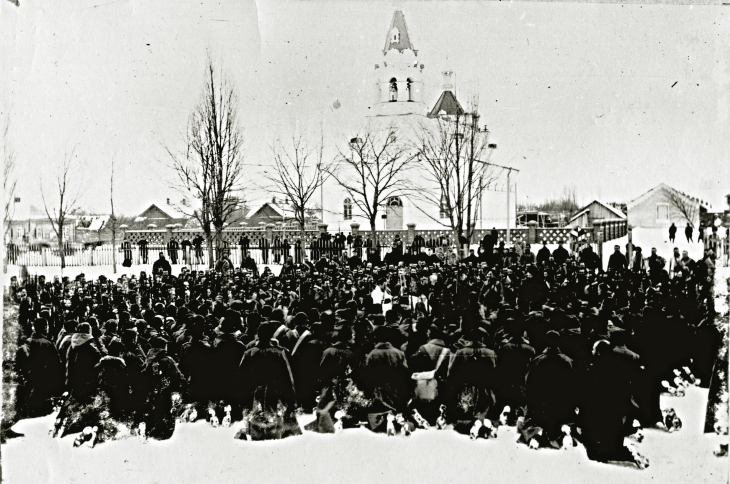 An international panel of historians will highlight Russia's crucial involvement in the First World War at a free public event at the Gordon Highlanders Museum on Monday (July 21).

Organised by Professor Anthony Heywood from the University of Aberdeen, the event aims to raise awareness of Russia’s role in the conflict.

Professor Heywood, an expert in Russian and Soviet history from the late nineteenth century to the mid-twentieth century, said:  “Knowledge of Russia’s role in the First World War is generally very poor in the West but it was a world war after all and there were huge numbers of casualties from the East.

“It is estimated that the Russians lost as many as two and a quarter million soldiers in the War. When we compare that to around 900,000 from Britain and approximately 1.4 million from France we begin to see the scale of their loss.

“Yet it is often forgotten that Russia was an ally in the First World War and so we feel it is important that as we approach the centenary of the declaration of war, we host an event for the public to help fill that gap in knowledge.

“The session is aimed at anyone with a general interest in history – no specialist knowledge is required – and the event would be particularly useful to teachers and school pupils.”

Professor Heywood says that a lack of understanding of the conflict on the Eastern front extends to academia as well as the general public and he is part of a team working on a series of publications which seek to fill the void.

It is estimated that the Russians lost as many as two and a quarter million soldiers in the War. When we compare that to around 900,000 from Britain and approximately 1.4 million from France we begin to see the scale of their loss." Professor Anthony Heywood

He added: “From an academic perspective, Russia in the First World War is a much neglected subject, overshadowed by the Bolshevik Revolution.

“Access to the archives was severely restricted to Western historians and major constraints were placed upon those in the East.

“We are now able to work much more closely with our Russian colleagues and the centenary has acted as a spur in moving things forward.

“We expect to publish the first book soon with many more to follow over the coming years.”

Russia's Great War & Revolution will run from 7.30pm to 8.30pm on Monday July 21 and the event will be made up of a number of 15 minute presentations covering different topics including the main military campaigns in the East, the July Crisis and the role of the Tsar during the war.

Entry is free of charge and booking is not required. The talks will take place in the Sir Jack Hayward Room of the Gordon Highlanders Museum on St Luke’s Viewfield Road, Aberdeen where light refreshments will be provided.

Members of the public will have an opportunity to ask questions at the end of the presentations.