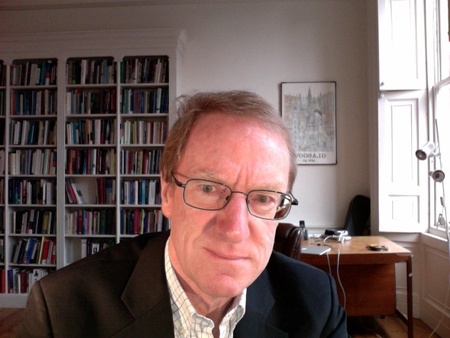 The question of Scotland's constitutional status will be decided in September's referendum. But, argue two Aberdeen academics, this is but the first of many political and economic decisions facing policy-makers in Scotland, irrespective of the referendum outcome.

Michael Keating and Malcolm Harvey from the Scottish Centre on Constitutional Change and the University of Aberdeen will launch their new book “Small Nations in a Big World: What Scotland Can Learn” at Waterstones (Trinity Centre, Aberdeen) on Tuesday 8 July.

The book looks at the experience of small independent states in Northern Europe and analyses what it is that makes them succeed and fail – and the lessons that Scotland can learn from them, irrespective of the outcome of the referendum in September.

Michael Keating and Malcolm Harvey will provide a short presentation of the main themes of the book before answering any questions from the audience at this event.

Professor Keating said: “The constitutional debate has provided Scotland with an opportunity to consider how it organises itself internally.  We identify two ideal-typical models - market-liberal and social investment - which states follow, and examine the successes and failures of each.  The models do not rely upon a fixed constitutional status, and are thus relevant to the future of the state irrespective of the referendum outcome.”

“We hope the book provides an insight into how these states operate, and the potential roads Scotland could take.”

Malcolm Harvey added: “The difference between the two models, both in terms of operation and outcomes, is stark.  Fundamentally, this means that the choice is between a system of low tax and low spend, with higher levels of inequality, such as exists in the Baltic states, or a system where taxes are higher, but public services are better funded, a system which operates in the Nordic states, and one which has seen envious glances from Scotland.”

“We hope for a good attendance at the event, and we’re keen for people to come along and hear about the research we have undertaken, and to ask questions about the experiences of other states.”

“Small Nations in a Big World: What Scotland Can Learn” (published by Luath Press) book launch