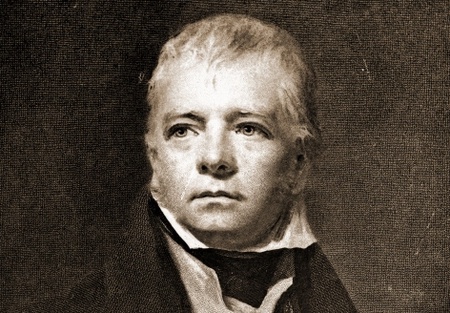 As Scotland considers its future it is time to reassess the importance of Walter Scott and return him to his rightful place as 'Scotland's greatest writer', argues an Aberdeen academic on the 200th anniversary (July 7) of the publication of his seminal novel Waverley.

Professor Alison Lumsden, from the Walter Scott Research Centre at the University of Aberdeen, says that criticism of Scott for the creation of a ‘shortbread tin lid’ perception of Scotland should be put aside as the famous work celebrates its bicentenary.

She will make the case for Scott as academics from across the globe gather in Aberdeen at a conference to discuss his legacy, the role he has had in shaping our ideas of Scotland, and the ways in which his work is relevant today on an international stage.

Professor Lumsden said: “At the time of the publication of Waverley in 1814 Scott was already a best-selling poet and the anonymous Waverley was soon to become a phenomenal success, with sales of the novel outstripping those of all others combined that year.

“But Scott has often been given a bad press for producing a redundant image of Scotland that is based on tartan, stags and romantic Highland scenery. This is far from the full picture and the more we read his work and talk about it to those outside Scotland the more we recognise its complexity.

“While some of the many adaptations of Scott offer such clichéd stereotypes of Scotland, Scott writes fiction that confronts many of the issues that are relevant for Scotland today and offers surprisingly modern conclusions.”

Professor Lumsden has been part of a team, led by Professor David Hewitt of the University of Aberdeen, which has spent almost three decades restoring Scott’s work to produce the Edinburgh Edition of the Waverley Novels.

She says this critical edition has identified and eliminated many of the errors made by printers – but frequently attributed to Scott himself - which she suggests may have arisen as they rushed to meet demand for his work and to decipher his famously ‘spidery’ writing.

“As a result of the speed at which Scott’s novels were produced, the printers often mis-read words and got the punctuation very wrong,” Professor Lumsden added.

“People used to say he was a sloppy writer but almost every example of poor writing we have come across in the novels involves errors in the production process.

“In Waverley, for example, the word ‘ceremonious’ was mis-read as ‘enormous’ while when  we return to the manuscript we find that patriotism is describes as a ‘mask’ of other feelings rather than a ‘mark’ as has been printed for nearly two hundred years.  There are also hundreds of small changes in punctuation and sentence structure.

The more we read his work and talk about it to those outside Scotland the more we recognise its complexity." Professor Alison Lumsden

“It is time to put an end to the common belief that Scott was sloppy and slapdash as many of these errors are now recognised as resulting from the printing process.

“We are now working on a companion edition of Scott’s poetry and we hope that by doing so we will highlight the significance of Scott’s poems just as our edition of the novels has helped raise interest in his fiction.”

To mark the bicentenary of Waverley, Professor Lumsden will welcome delegates from around the world to the University’s Sir Duncan Rice Library, which houses one of the best collections of print materials related to Scott anywhere in the world.

They will use the collection, which contains not only all of Scott’s works but comic books, chapbooks, dramas and other items derived from Scott,  to re-examine Scott’s output and the legacies he has left to modern Scotland.

Items from the collections, including rare first editions of Waverley in its original boards, a children’s illustrated edition, and a Swedish edition will also be on public display in the foyer area of the library from July 8 to 11.

The conference will also feature a performance of pieces based on Scott’s most popular works by Scottish Opera on Thursday July 10 at 7.30pm in St Machar’s Cathedral, Aberdeen.

Professor Lumsden added: “The presence of scholars from Europe, the United States, Japan and Canada in Aberdeen to celebrate Scott’s legacy is in itself a testimony to his on-going relevance.

“The aim of this conference, however, is to ‘activate the archive’, to bring that legacy back to life and to show the ways in which Walter Scott has much to offer in our on-going and very pertinent negotiations about how Scotland relates to the world in this global age.”

For more details of the Walter Scott Conference, visit http://www.abdn.ac.uk/sll/research/tenth-international-scott-conference-235.php

Tickets for the public performance by Scottish Opera are available from www.scottishopera.org.uk or from APA Box Office: 01224 641 122.