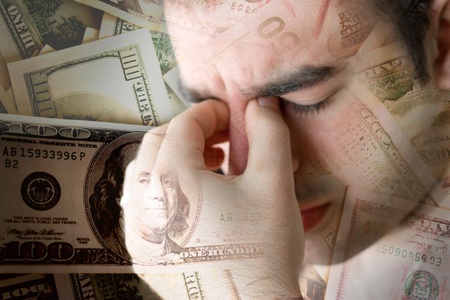 Researchers at the University of Aberdeen have identified a link between ill health and performance-related pay in a paper to be published today in the journal Oxford Economic Papers.

Professors Keith Bender and Ioannis Theodossiou, from the University’s Business School and Centre for European Labour Market Research, have analysed survey results of more than 2,500 people from across Britain. They have detected a ‘strong correlation’ between the length of time workers spent in jobs where they were paid for performance and incidences of poor health.

Professor Bender said surprisingly little research had been conducted into this area, despite observations about the effect of this type of employment going back as far as the 18th century.

“We can all think of common phrases like ‘working yourself to death’ but hardly any research exists to quantify this.

“The economist Adam Smith observed workers in the eighteenth century and noted that if you paid workers by the ton of coal they pulled out of the ground, they were more likely to work themselves so hard that they would ‘ruin their constitution’.”

Prof Bender added that almost all previous research has focused on specific occupations but that the Aberdeen team had wanted to investigate the impact across a wide variety of occupations.

He said the results remained unchanged – workers reported greater odds of ill health the longer they were employed in performance-related contracts, although the types of illness or injury did change.

In previous research, Prof Bender found that workers were more likely to be injured if contracts specifically stated they were paid for the work produced.

“The conclusion was that they worked harder but not smarter and were more likely to over-use machinery or to cut corners, resulting in increased injuries.

“We wanted to take this further and explore the link in occupations where you are less likely to suffer an injury, but are still paid based on performance, such as salesmen and lawyers.

“We found that the story here is more about time. One of things we know from economic theory is that performance-related pay makes explicit to workers the value of their time. You have to work to get paid and that makes people very aware of the ‘cost of time’.  Therefore, instead of going and exercising at lunchtime, they are more likely to stay working, or to work late at night having a take-away rather than going home and preparing a healthy meal.

“This is not going to cause illness or injury immediately but there is likely to be a cumulative effect on health if done consistently over time.”

Prof Bender said this was backed up by their analysis of British Household Survey data gathered between 1992 and 2008.

“We tracked people over time who started off in good health and looked at how often they answered yes to questions about whether they were paid for performance.

“We found those who spent the most time in roles where they were paid for performance were more likely to have ill health later in life.

“Further investigations of the pathways between performance pay and health indicate that the mostly likely mechanism is through increased stress.  However, we was also note that people who were paid by performance were more likely to drink heavily than those in other types of payment contracts such as being paid by the hour or a salary.

Prof Bender said that this research has policy importance given this unintended consequence of performance pay.  “Workers, employers and public health officials all should be concerned about this relationship - workers because of the potential for ill health impacting their lives, employers because of the increased possibility of absence due to ill health of their workers and public health officials because of the burden that such contracts and resulting poor health might place on providing health care to the population.”