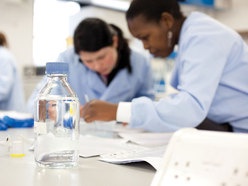 The University of Aberdeen is part of a new £2 million pilot project, backed by the Scottish Funding Council, which aims to support the formation of 90 new technology companies with high-growth potential at Scotland's universities.

A partnership of three universities, the project will benefit every university in Scotland as part of the wider Innovation Scotland strategy. Led by Edinburgh Research and Innovation at the University of Edinburgh, a core group of three regional university ‘Hubs’, based at Edinburgh, Aberdeen and Strathclyde, will offer a structured suite of complementary enterprise support services to local campuses, such as one-to-one advisory clinics, workshops, mentoring and support in raising finance. This is built on scaling up the proven company formation processes offered across all the university partners.

Scottish universities are among the most successful in the UK at creating high-value knowledge-based companies. Indeed, larger research based universities such as Edinburgh, Aberdeen and Strathclyde are currently running successful and well-resourced programs for company formation.

But entrepreneurs at all Universities across Scotland need access to high quality support and resources to ensure they maximise opportunities for start-up and spin-out companies from Universities that will have big impact on Scotland’s economy. This new project aims to capture the greatest strengths from company formation services across Scottish universities to form an enhanced offering allowing more Universities to contribute to the sectors outputs.

Exploiting the untapped potential in creating high-value knowledge-based companies across the whole region will generate a step change in performance and create an engine for economic growth in Scotland, as Grant Wheeler, ERI’s Head of Company Formation, comments;

“The economic need for Scottish universities to improve and accelerate the company formation process is clear. This initiative provides an opportunity to share valuable expertise and resources in the highly-specialised area of high-value knowledge-based company formation to produce more sustainable companies, from the Scottish university sector. The proposal is workable because it builds on what is already happening around Scotland.

"At present, the support mechanisms for this activity are highly variable at institutional and regional level. This new initiative will address this variability and ensure that all high value company formation projects at universities participating in the pilot project are optimally supported.”

The project will focus on high-value start-up projects led by PhD and Masters-level students. Experience at the University of Edinburgh suggests that this group contains entrepreneurs with the genuine potential to create companies of scale based on more market-ready knowledge and technology. However, they are often overlooked as they can be too complex for existing enterprise support functions available.

Where a participating university has existing enterprise support staff, resources or infrastructure, the initiative will provide a tailored service to augment the existing provision – in doing so increasing its effectiveness and the efficiency of support. Those universities with little or no in-house company formation support services will be in a position to outsource some or all of the delivery to their local Hub partner.

The project will also aim to create a more favourable climate to raise investment fund to accelerate company formation, growth and value realisation, as well as integrating with other successful Scottish wide offerings from Scottish Institute for Enterprise and the Converge Challenge to enhance the value of their programmes.

Successful projects have flourished in the past as a result of cross university partnerships.

In 2008 Holoxica Ltd. a high-tech start-up that deals in 3D holograms and holographic displays was formed with the support of both Heriot-Watt University and the University of Edinburgh.

The University of Edinburgh

In the past 5 years, Edinburgh Research and Innovation (ERI) at the University of Edinburgh has supported the formation of 171 new companies. Edinburgh’s spin-out and start-up companies are prominent amongst winners of SMART awards and R&D grants, and companies from Edinburgh’s student base have won the SIE Business plan competition for the three of the past four years. It is generally acknowledged that high-value knowledge-based company formation at the University of Edinburgh is the most significant node of technology entrepreneurial activity in Scotland.

Research and Innovation (R&I) at the University of Aberdeen has a successful track record in producing spin out companies in diverse sectors reflecting the scope of the University's disciplines and expertise. Over the last 10 years the University has formed 20 new spin-out companies that have raised over £200 million of equity funding. Aberdeen also has an excellent track record with student start-ups, providing training, mentoring and a business ideas competition.

The University of Strathclyde

Note: In 2013, an independent survey placed Scotland as the best performing region of the UK in terms of volume of spin-out company formation. At university level, in the three years to 2012, Edinburgh was ranked 2nd in the UK for volume of spin-out company formation, with Aberdeen ranked 6th and Strathclyde 7th equal. Heriot-Watt and Glasgow were also 7th equal to give Scotland five universities in the top 10. [The PraxisUnico Spinouts UK Survey Annual Report 2013]