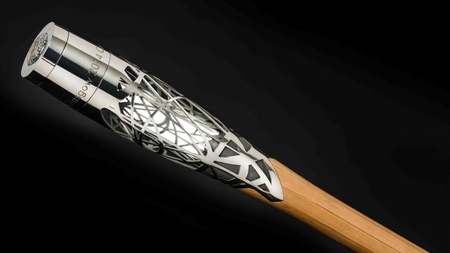 Three members of the University of Aberdeen's sport and exercise team and a student athlete are set to carry the Queen's Baton Relay as part of the 2014 Commonwealth Games build up.

Donald Pirie, head of the Sport and Exercise team at the University, Jacqueline Davidson from the same team will take part, along with Ray Hilton who coached the University’s gymnastics team voluntarily for a decade. Also taking part is student athlete Becky Wain.

In addition to his role at the University, Donald has set up a Table Tennis Academy for local children at Aberdeen Sports Village, and set up a pathway for them to graduate through to the full University Table Tennis team – which he also helped prevent folding altogether a number of years ago.

For me, that's the spirit of these Commonwealth Games - everyone is welcome, from the elite athletes to the kids running around with their friends, and even older people who still enjoy keeping active." Donald Pirie, Head of Sport & Exercise

“It was a surprise and an honour to be asked to take part in the Queen’s Baton Relay,” Donald said. “I have the privilege of working with some tremendous young athletes – some of whom, like Zoey Clark, who recently made Scotland’s Commonwealth athletics team, will make it right to the top.

“However it’s just as rewarding working with much younger children to encourage sport, physical activity, and generally having fun. For me, that’s the spirit of these Commonwealth Games – everyone is welcome, from the elite athletes to the kids running around with their friends, and even older people who still enjoy keeping active.”

Jacqueline Davidson will carry the baton in Dumfries, where she is originally from, on June 19. Donald will carry it on June 30, on the High Street in Old Aberdeen, Becky will take also take part around King's College campus, while Ray Hilton will take part on Golf Road to Pittodrie Place on the same day.