Archives to inspire Aberdeen poetry
15 May 2014 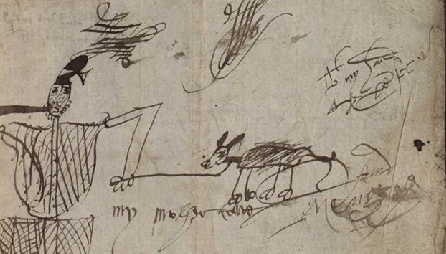 A new project will take the Aberdeen City Archives as a starting point for budding poets to write about their experiences of the city.

The Archives are the oldest and most complete collection of burgh records in Scotland, dating back to 1398, and were recognised by UNESCO in 2013 as being of outstanding historical importance.

A series of workshops organised by the University of Aberdeen will use this resource to help aspiring poets engage with the city.

Organiser Dr Adam Hanna, from the Research Institute of Irish and Scottish Studies, said: “The Aberdeen City Archives are a remarkable resource to draw upon. They are a great starting point for thinking about the links between the individual, the city and the past”.

“They are unrivalled in terms of both age and completeness and contain, among much else, several fascinating historic poetry manuscripts. These will be at the heart of the workshops.

“How we think about a place is bound up with what has been written about it. Take the half-mile or so between Old Aberdeen High Street and the Don, for example. I can think of at least half a dozen poems that have been inspired by that short stretch. Each one adds something, enriching the texture of the place.

The Aberdeen City Archives are a remarkable resource to draw upon. They are a great starting point for thinking about the links between the individual, the city and the past." Dr Adam Hanna

“Alan Spence’s anthology of poems about Aberdeen, and Sheena Blackhall’s poems, among many others, helped to make me aware of the city’s rich store of poetry. Perhaps some new additions to this will come out of the workshops.”

The first workshop, entitled Poetic Aberdeen, will take place on Monday May 26 at the St Nicholas Room, Town House, Broad Street, Aberdeen. City Archivist Phil Astley will present a selection of documents and manuscripts, while Dr Hanna will lead discussions and writing exercises.

This will be followed by a second workshop at the Humanity Manse, University of Aberdeen on June 9 which will centre on poems that were inspired by places in Aberdeen. The final session will be in the Sir Duncan Rice Library, which offers spectacular views of the city, on Monday June 23.

All workshops are free to attend and run from 7pm to 8.30pm and participants of any level of experience are invited to come to any or all of the sessions.

Advance registration is necessary for each workshop, as participant numbers are capped. Please email adam.hanna@abdn.ac.uk to reserve a place or for more information.

The workshops have been supported by a grant from the Aberdeen Humanities Fund, with the support of the Aberdeen City Archives and the University of Aberdeen.