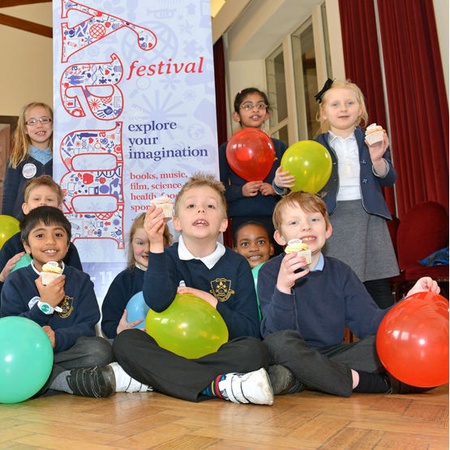 Pupils from schools across Aberdeen city and shire will descend on the University of Aberdeen today (Tuesday, May 6) for the start of the 2014 May Festival.

The Marathon Oil Schools’ Festival will run from Tuesday May 6 to Thursday May 8 with a host of free events to fire young imaginations ranging from story-telling and music to science and nature.

The Schools’ event is a precursor to the main festival which will run from Friday May 9 to Sunday May 11. The weekend will see a host of big names take to the stage including veteran war reporter Kate Adie, Charlatans frontman Tim Burgess and journalist and author Tony Parsons.

There will also be plenty of free family events and outdoor fun with a campfire in the Cruickshank Gardens and a performance from the Red Hot Chilli Pipers among the other highlights.

Pupils will take part in activities ranging from workshops in sounds of space and Scotland’s secret species to the weird and wonderful world of senses.

The 2014 Festival also boasts an array of history themed events where youngsters will learn about Vikings, Ancient Egypt and the First World War.

A dedicated Children’s May Festival will also run over the weekend with free fun for all the family where highlights include diddi dance, a magic show, a look at life under the sea, Gaelic songs, Bookbug sessions and tales by torchlight.

On Sunday May 11 Aberdeen author Alex McCall will share his hilarious, weird and wonderful work ‘Attack of the Giant Robot Chickens’, which is set in the Granite City.

There will be a Festival face painter at the King’s College campus, stilt walkers and a unicyclist, life-sized animals, a photo booth and car boot science to enjoy.

“We expect 2014 to be even more fun with an exciting line-up of more than 40 events across the Schools’ and Children’s Festivals which will be both entertaining and educational and appeal to a range of ages and tastes.

“We have been able to keep all events free of charge thanks to our continuing sponsorship from Marathon Oil but we expect many will book up quickly so it is important to reserve a place.”

Graham Taylor, UK regional vice president, Marathon Oil said: “We are delighted to support the Schools’ and Children’s Festival and hope that as many children as possible will benefit from, and be inspired by, the wealth of activities and learning opportunities available at the event.”

Tickets for the May Festival can be booked by visiting www.abdn.ac.uk/mayfestival or calling the Aberdeen Box Office on 01224 641122.