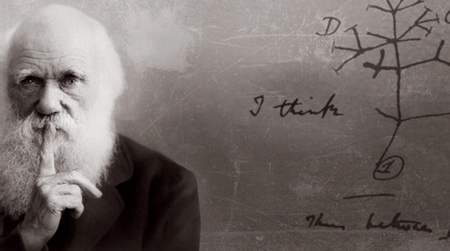 A public lecture series delivered for more than a century by internationally renowned scholars will once again return to Aberdeen in February.

The Gifford Lectures began in 1888 and, with the exception of the years during World War II, 1942-1945, have been delivered continuously since that time at the Universities of Aberdeen, Edinburgh, Glasgow and St. Andrews.

The Lectures, dedicated to the theme of Natural Theology, have become the foremost intellectual event dealing with religion, science and philosophy. The 2014 series will be delivered by Professor David Livingstone, OBE FBAfrom Queen’s University Belfast.

Professor Livingstone will talk on the subject of Dealing with Darwin:  Place, Politics and Rhetoric in Religious Engagements with Evolution.

He will examine the role of place, politics and rhetoric in the way religious communities sharing a Scots Presbyterian heritage engaged with Darwinism in different venues - Edinburgh, Belfast, Columbia and Princeton.

Professor Livingstone said: “It’s an enormous honour to be invited to deliver the Gifford Lectures and I’m greatly looking forward to sharing my thoughts in this unique setting.

I intend to pick up the science-religion question by examining how communities with the same Scottish heritage dealt with Darwin in remarkably different ways in different places." Professor David Livingstone

“I intend to pick up the science-religion question by examining how communities with the same Scottish heritage dealt with Darwin in remarkably different ways in different places.

“On the surface the debates look like science-theology disputes. But on closer inspection it turns out that they were really about other concerns: the control of education; race relations; cultural identity; the meaning of ritual; biblical criticism; and the like. Attending to such matters, I’m going to argue, disturbs the idea that we can comfortably speak of ‘the’ relationship between science and religion.”

Each session will explore a different theme and all are free to attend. While booking is not required, please do register your intention to attend by using the online booking process at http://www.abdn.ac.uk/gifford/register/, or by contacting Will Gibb in the College of Arts and Social Sciences by telephone (01224 272080) or email: w.gibb@abdn.ac.uk,

Further details of the lectures are available at www.abdn.ac.uk/gifford