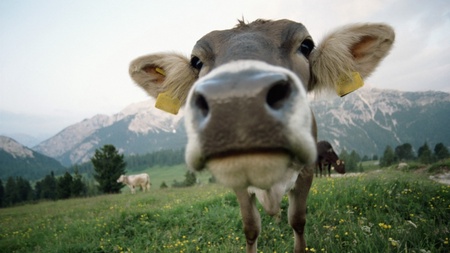 Global reliance on meat as a food source must be reduced to abate climate change, according to new research from a team of international scientists.

Cutting releases of methane gases created by ruminants, and nitrous oxide generated by growing their feed would make a significant contribution to tackling climate change, a collaborative study involving experts from the University of Aberdeen has found.

Published today (Friday December 20) in Nature Climate Change the report says inadequate attention has been paid to the impact on climate change of non-CO2 greenhouse gases associated with livestock production.

Although CO2 is the most abundant greenhouse gas, the international community could achieve a more rapid reduction in the causes of global warming by lowering methane emissions through a reduction in the number of ruminants than by cutting CO2 alone, the study found.

Ruminants - cattle, sheep, goats, and buffalo – produce methane in their digestive systems and are estimated to comprise the largest single human-related source of the gas.

The study showed that greenhouse gas emissions from cattle and sheep production are up to nearly 50 times higher, on the basis of pounds of food produced, than they are from producing protein-rich plant foods such as beans, grains, or soy products.

The study also highlighted that:

Professor in the College of Forestry at Oregon State University, William Ripple said: “Because the Earth’s climate may be near a tipping point to major climate change, multiple approaches are needed for mitigation. We clearly need to reduce the burning of fossil fuels to cut CO2 emissions. But that addresses only part of the problem. We also need to reduce non-CO2 greenhouse gases to lessen the likelihood of us crossing this climatic threshold.”

Most people are simply not aware of the link between food and climate, so we need to raise public awareness that the foods we choose to put on our plates have consequences for climate change" Professor of Soils & Global Change at the University of Aberdeen, Pete Smith

Co-author of the report and Professor of Soils & Global Change at the University of Aberdeen, Pete Smith said: “Our study showed that one of the most effective ways to cut methane is to reduce global populations of ruminant livestock, especially cattle.

“Cutting the number of ruminants would also have the benefit of reducing the greenhouse gas emissions associated with the production of crops to feed them.”

“We need to scale back livestock production, but whilst the demand for meat is there, this will be difficult, so demand for meat needs to be tackled at the same time. Most people are unwilling to give up meat altogether, but demand would be reduced if people ate less, which would also yield significant health benefits.”

“Most people are simply not aware of the link between food and climate, so we need to raise public awareness that the foods we choose to put on our plates have consequences for climate change.”

The study concluded that international climate negotiations such as the UNFCCC have not given adequate attention to greenhouse gas reductions from ruminants. The Kyoto Protocol, for example, does not cover developing countries, which are among the fastest-growing ruminant producers.

Professor Smith co-authored the analysis - Ruminants, climate change, and climate policy –alongside experts from Oregon State University, Institute of Social Ecology in Austria, the U.S. National Oceanic and Atmospheric Administration, the University of Queensland in Australia and Union of Concerned Scientists in Washington D.C.

The report formed its conclusions on the basis of a synthesis of current scientific knowledge on greenhouse gas emissions, climate change and food and environmental issues, and drew from a variety of sources including the Food and Agricultural Organization, the United Nations Framework Convention on Climate Change (UNFCCC) and recent peer-reviewed publications.