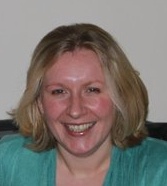 An event organised by The Women in Renewable Energy Scotland (WiRES) network, which University of Aberdeen lecturer Dr Aylwin Pillai is on the steering group of, held a launch reception this week (Wednesday, November 27) at the Glasgow Science Centre, thanks to Big Lottery funding.

The reception gave women the opportunity to meet other women working in Scottish renewables industries while hearing about the network and its new mentoring programme which will be co-facilitated by Women’s Enterprise Scotland.

WiRES is a network that brings together women working in the renewable energy sector in Scotland, with the aim of increasing women’s participation and progression within the sector through networking, mentoring, and information sharing. WiRES recognises that attracting and retaining women will not only be beneficial to renewables companies but it is also imperative if the targets of Scotland’s ambitious 2020 Routemap are to be achieved.

Gail Watt, chair of the WiRES steering group, said: “‘Only 10% of engineering graduates are women, and qualified women are less likely to be working as scientists or engineers. Given the relative infancy of the renewable energy industry, we have a chance to challenge barriers prevalent in other sectors and by doing so, the industry can ensure that it is not closing the door on female talent.”

Close the Gap, a partnership project which works across Scotland to close the gender pay gap, has been awarded the Big Lottery Fund money to develop the WiRES network, which includes a mentoring programme, and networking and skills events.

Anna Ritchie Allan, Close the Gap Project Manager said: “We are delighted that Close the Gap has been funded by Big Lottery Fund Scotland to develop the work of the WiRES network. We hope that The Women in Renewable Energy Scotland (WiRES) network held a launch reception this week (Wednesday, 27 November) at the Glasgow Science Centre, thanks to Big Lottery funding.WiRES will continue to grow and that its programme of events will help to break down some barriers to women’s success in this male-dominated industry.”

Jenny Hogan, Director of Policy for Scottish Renewables, the representative organisation for renewable energy companies in Scotland, added: “An increasing number of women are taking up university courses in science, technology and engineering and with the renewables industry in real need of these important skills we are keen to encourage women to look to renewables as a career.

“The renewables sector already employs more than 11,000 people in Scotland, and it is the work of organisations like WiRES that can help create the momentum needed to redress the gender imbalance as the industry goes on to employ many thousands more in the coming years.”

WiRES invites women who are working, or who would like to work in the Scottish renewable sector to sign up for free membership on www.wirescotland.com.

For more information please contact the WiRES Development Officer Emily Martin at info@wirescotland.com or by calling 0141 337 8144.

Notes to the editors: