Continue
The Queen, the pound and the EU: Salmond's Scotland plan
27 November 2013 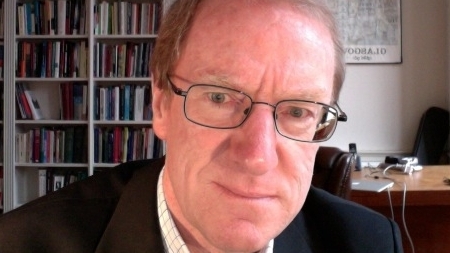 By Professor Michael Keating, writing for The Conversation.

Just two days after the latest polls showed the "Yes" vote for Scottish independence gaining on the pro-unionists, the Scottish government's White Paper, Scotland's Future: Your Guide to an Independent Scotland sets out in new detail the arguments for independence and how it would work.

At 648 pages, the document is a formidable read but there is a lot of repetition and the total includes no less than 650 questions which the government has set itself and answered. The paper promises a rapid transition after a Yes vote, with independence day on March 24, 2016. As expected, Scotland would remain in the European Union, NATO and the Commonwealth, the Queen would remain as head of state and there would be a currency union, with both countries sharing the pound Sterling.

There is also a list of policies that an SNP government might pursue, while recognising that a Scottish government of a different political complexion might have other priorities.

The SNP prospectus is now clear but opponents will continue to raise questions of principle and practice. Keeping the pound, as the White Paper concedes, implies a single monetary policy and will require close co-ordination of fiscal policies and regulatory regimes.

The SNP proposes sharing the Pound, with Scottish representation in the Bank of England and a consequent say over monetary policy and interest rates. The UK government has recently indicated that, even if Scotland keeps the Pound, such joint control is off the agenda. The SNP also accepts the need for a fiscal pact, with Scotland and the UK each having a say over each other’s budgets. Again, the UK would find this hard to accept when it does not need to.

The question of entry into the EU is dealt with briskly. Scotland would continue membership on exactly the same terms currently enjoyed by the United Kingdom. This is a clear answer but suggests that Scotland’s scope to carve out its own place in Europe might be constrained.

To answer the question of how an independent Scotland might be different, the White Paper lists a series of policies, notably a bold initiative in child care aiming both to improve the lot of families and to expand the labour force. There are promises to maintain or enhance pensions and to keep all existing benefits with the exception of the married couples’ tax allowance.

There is a lot on the public finances, the White Paper insisting that an independent Scotland would have a better fiscal balance than the remaining UK, a point disputed by other analysts. Judging between the rival projections in this field is always difficult because they often depend on the assumptions underlying the different models. The SNP insists that it spending commitments are affordable because Scotland would prosper under independence.

There are proposals for cutting taxes including and halving and eventual abolition of Air Passenger Duty and a 3% cut in corporation tax. There would be no increase in income tax.

The White Paper makes frequent reference to the example of the successful Nordic states and their policies. It embraces the idea of the social investment state in which public spending can enhance economic performance rather than being a drag on it. It mentions the idea of social partnership, something currently lacking in Scotland as well as in the UK as a whole.

What it does not stress is that these countries pay much higher taxes than are currently paid in Scotland. Whatever the short-term arguments about public finances, embracing the Nordic model can only mean higher taxes than those in England, especially if the latter continues down the road of retrenchment and shrinking the state.

This is the first fully-worked out plan for Scottish independence and it confirms the trend among other European nationalist movements to a policy of inter-dependence rather than independence in the classic sense. Much will depend on goodwill on both sides and the hope that mutual self-interest will lead to cooperation.

These are political matters, which are difficult to predict. The initiative in recent months has been with the unionist side, with a series of studies from the Treasury and think tanks suggesting that Scotland would struggle to manage on its own. Now that the independence side has set out its stall, the real debate can begin.