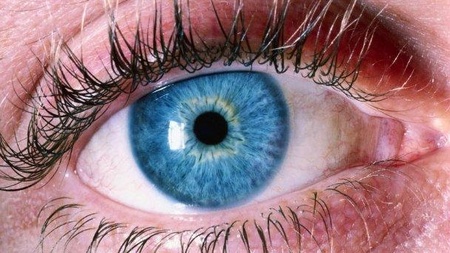 University of Aberdeen scientists have shed new light on a 100 year-old argument into whether blindness following a brain injury is absolute.

The findings could pave the way for the development of new technology to support rehabilitation of people who have lost their sight through conditions such as a stroke.

The research, published in Proceedings of the National Academy of Sciences, shows incidence of blindsight - where a seemingly blind person is able to detect something in their visual field - is significantly more common than previously understood.

In what is believed to be the most systematic and comprehensive study of the visual phenomenon to date, 70% of patients tested were shown to have blindsight.

Professor Arash Sahraie from the University of Aberdeen’s School of Psychology, who led the study, said the findings could lead to better diagnosis of patients who could benefit from sight rehabilitation.

“The phenomenon of blindsight is known to occur in some patients, and we understand the information that is being taken in from the eye is processed in other areas of the brain in these cases.

“But until now a comprehensive and systematic study to establish the rarity of this phenomenon, has not been undertaken.

“Our research confirms that blindsight is actually far more common in patients who have lost sight following a brain injury than previously understood.”

This work adds weight to an argument that begun following examination of veterans of WW1 who were left blind following brain injuries.

Professor Sahraie continued: “Research into brain regions and vision loss was prompted following the war, because of the number of veterans who suffered bullet wounds to the head through trench warfare.

“Two camps of scientists developed. Some believed blindness following brain injury was absolute and irreversible and others maintained that you could never claim to have a person who is absolutely blind as the result of a brain injury, and that some visual ability always remains.

“Our findings go some way to supporting the latter view, providing evidence that more patients than previously acknowledged could have intact visual abilities if tested extensively, using sensitive techniques.

The technique developed through Professor Sahraie’s research uses pupil response as a predictor of blindsight, and could be used in the development of future diagnostic tests.

He said: “Our study showed that if you measure the size of the pupil to the nearest micrometre there are systematic fluctuations in cases where the patient has blindsight.

“When someone has suffered sight loss through a stroke, the rehabilitation process can be lengthy and its success largely depends on the level of visual abilities that remain intact.

“Finding out if someone has blindsight tells us that there is some evidence of information processing occurring in the brain that could be built on, and that this person is likely to benefit from rehabilitation.

“We hope now to develop our findings into a ten minute test that uses this pupil response predictor to confirm blindsight, and the best cases for sight rehabilitation.”