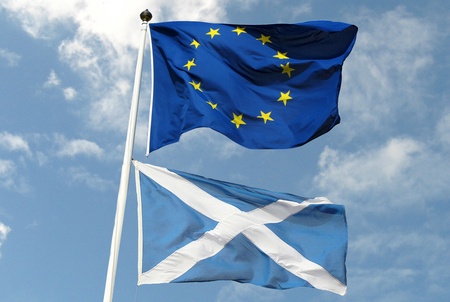 An independent Scotland’s relationship with the EU will be the subject of a public discussion with some of the country’s top political and law experts.

The event is the latest in a series focussing on individual issues that could arise if the Scottish public vote ‘Yes’ in next year’s referendum.

“One of the key questions for voters in the independence referendum is what will happen to Scotland's membership of the EU if Scotland votes 'yes' in the referendum,” said Paul Beaumont, Professor of European Union and Private International Law at the University of Aberdeen.

“Will Scotland be able to negotiate the terms of its membership of the EU in the period while it is still a part of the UK after the referendum? Will it be able, where it wants to, to retain the UK opt outs/special deals on the Euro, Schengen, the area of freedom, security and justice, the budget, Charter of Rights? Could Scotland's membership of the EU be blocked by other EU Member States?

“Several distinguished and impartial speakers will shed light on possible answers to that question and be glad to answer any questions from the audience."

The event will be held at the University of Aberdeen’s King’s College Auditorium on Oct 11 commencing at 6pm. A wine reception in James Mackay Hall will follow the event and the evening will conclude at 8pm.

To register for the event contact Carol Davies at the University of Aberdeen.