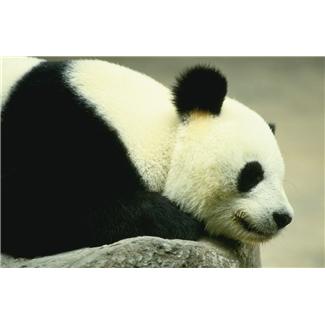 As the nation waits to see if Edinburgh Zoo Giant Panda Tian Tian is indeed pregnant, people of the North-east will get the chance next month to hear more about these hugely iconic creatures.

Three of the top people of the Royal Zoological Society of Scotland (RZSS) are giving a public talk at the University of Aberdeen on October 1 as part of Techfest in September.

Scotland and its 21st Century Zoos is the name of the event being held in King’s Conference Centre at 6pm and chaired by University Principal and Vice-Chancellor Professor Sir Ian Diamond.

Professor Chris West, Iain Valentine and Douglas Richardson – all dedicated conservationists and experts in their field – are the speakers from the RZSS.

Chris will look at the future of zoos and conversation; Iain will discuss the Giant Panda Project and Douglas will focus on the commitment of the RZSS - which has Edinburgh Zoo and the Highland Wildlife Park in Kingusssie - to Scottish native species.

Topics covered include the point of zoos, their role in conservation and their efforts in educating wider communities about endangered species.

Dr Ken Skeldon from the University of Aberdeen’s Public Engagement with Research team said: “We’re delighted to be hosting the Royal Zoological Society at the University during TechFest’s 20th anniversary year. It promises to be a fascinating and entertaining evening for all.”

This year’s TechFest in September festival is celebrating its 20th birthday with a special 20-day programme of events, workshops and shows.

With a wide range of activities for all ages, the annual festival of science, technology, engineering and mathematics, is expected to attract around 25,000 visitors during its run between September 13 and October 2.

The University of Aberdeen contributes a range of exciting public events and activities to the TechFest programme each year, details of which can be found at www.abdn.ac.uk/engage/techfest.

Booking is open for the full public programme, which has something for everyone - from loud and energetic shows aimed at children to thought-provoking lectures for adults, featuring everything from anthropology, zombies and climate change to comedy, brewing beer and beauty treatments.