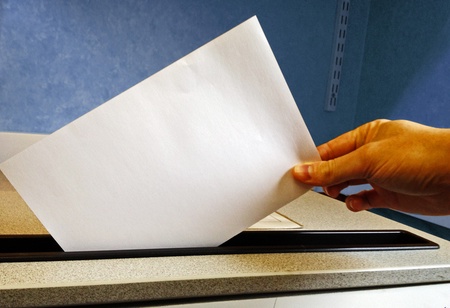 The opinions of Aberdeenshire secondary school pupils on rules, authority, decisions, and the upcoming Scottish Referendum on independence are being sought by University researchers.

The research is timed to coincide with the schools referendum taking place across Aberdeenshire today, September 17, a year before the country goes to the polls.

Drs Rachel Shanks, Trevor Stack and Nadia Kiwan will be visiting schools to listen to pupils as part of a broader project which looks at how young people engage with the rules and decisions that shape the world around them, including school rules, the rules of their clubs and associations, as well as the policies and laws of government.

For the first time, 16 and 17-year-old pupils will be able to vote in the Scottish Referendum. Drs. Shanks, Stack and Kiwan are looking at whether this is leading pupils to pay more attention to politics and, if so, how long this lasts and what the consequences are.

The team has begun with focus groups and interviews in a sample of local schools, starting with general questions such as “Beyond your family, who makes rules for you to follow, and do you think it is right that they make the rules?” and leading on to questions like “For those of you who will be eligible to vote in the Referendum, how confident do you feel about making the right decision?” There will also be an online survey after the vote to gauge pupils’ experience of the schools referendum.

The project is sponsored by the University of Aberdeen’s Centre for Citizenship, Civil Society and Rule of Law (CISRUL). CISRUL is known for its pioneering work on political life in the broadest sense. For example, in June it hosted a public conference on ‘Politics of Oil & Gas in a Changing UK’ which brought together an exceptionally wide range of speakers from politicians and industry executives to union leaders and environmentalists.

CISRUL’s project on local schools began with a public forum in March on Citizenship Education. Developing ‘responsible citizens’ is a core objective of the Curriculum for Excellence, which is being rolled out in schools across Scotland. Speakers at the forum noted, however, that the Curriculum for Excellence gives little emphasis to the political awareness of pupils, and also that teachers across Scotland are notoriously wary of ‘political’ agendas in the classroom. The apolitical ethos of Scottish schooling may accentuate what education researchers have found across the world: that pupils complain of feeling disenfranchised because they are unable to vote until they are 18.

CISRUL Director Dr Trevor Stack said: “Scottish secondary schools have been directed by Scottish ministers to engage pupils with the Referendum. Aberdeenshire has a tradition of holding school elections in its secondary schools in previous years, run by its Elections team as if they are real elections. And many pupils will be eligible to vote in the Referendum next year.

“This is a fantastic opportunity for us as researchers to find out what politics and the rights and responsibilities of the vote really mean to the upcoming generation of young people living in Scotland.”