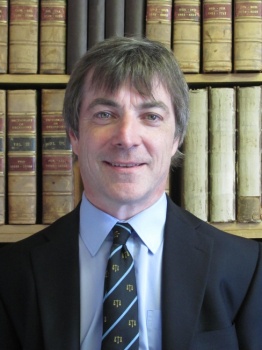 Members of the public, including local school pupils, are set to attend an inaugural lecture by University of Aberdeen Professor Roderick Paisley as he takes up the position of Chair of Scots Law at the University.

Professor Paisley, who is the 34th holder of the post, will host the lecture on Friday, September 13, at King’s Conference Centre at the Old Aberdeen campus.

As well as providing those who attend with an insight into the University’s Law School, Professor Paisley is pleased that the lecture will also involve other members of the University community.

He said: “I am absolutely delighted to have been appointed to the Chair of Scots Law, following in the footsteps of many distinguished figures such as Christopher Gane, Michael Meston and Ronald Ireland QC.

“It is an honour to be able to host an inaugural lecture and I hope that the event will showcase not only the excellence of our law school but the University as a whole.

“I look forward to meeting some potential future Aberdeen students and it is great that so many of the local schools from throughout the city and Aberdeenshire – as well as further afield – are coming along to the lecture.”

Head of the University of Aberdeen Law School, Anne-Michelle Slater, added: “It is most appropriate for the law school to host this inaugural lecture, which is the traditional way of introducing the new holder of the Chair of Scots law to the wider University community as well as members of the public.

“I am delighted that Professor Paisley is marking his translation to this post with the lecture and I am sure those who attend will not only find the event informative, but also entertaining.”

Professor Paisley’s lecture will take place at 6pm on Friday, September 13 and will be followed by a reception in the James MacKay Hall.

Roderick Paisley is a native of the town of Dungannon, County Tyrone and a former pupil of the Royal School. He is the first holder of the Chair of Scots Law to come from the Province of Ulster.